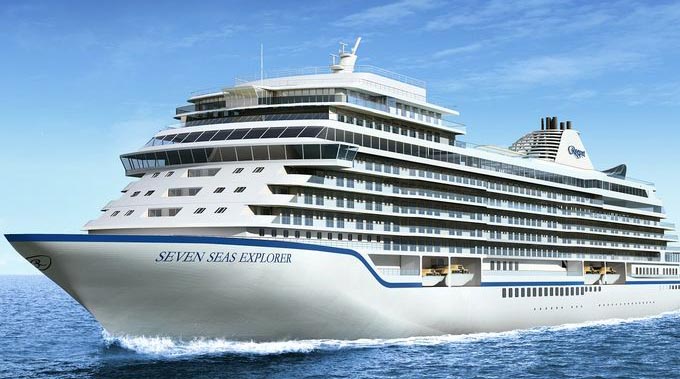 Regent Seven Seas plans to debut its newest ship, the 750-guest, all-suite, all-balcony Seven Seas Explorer in the summer of 2016.

Billed as The Most Luxurious Ship Ever Built™, Seven Seas Explorer will feature sophisticated designer suites, elegant public areas, extensive gourmet dining options, a world-class spa and a host of amenities all created with the personality, warmth and soul of classic and timeless design.

Seven Seas Explorer will boast the highest space ratios and staff-to-guest ratios in the cruise industry, as well as an opulent one-of-a-kind owner’s suite unlike any other at sea. At 54,000 tons, it’ll be about 12% larger and have more interior space per passenger than its sister ships, Mariner and Voyager.

The ship’s 369 suites will range from 300 to 1,500 square feet, and the vessel will have six open-seating gourmet restaurants, a spacious Canyon Ranch SpaClub and a two-story theater.

For more information about Regent Seven Seas Cruises or to inquire about a reservation on Seven Seas Explorer, please contact Global Travel Destinations.