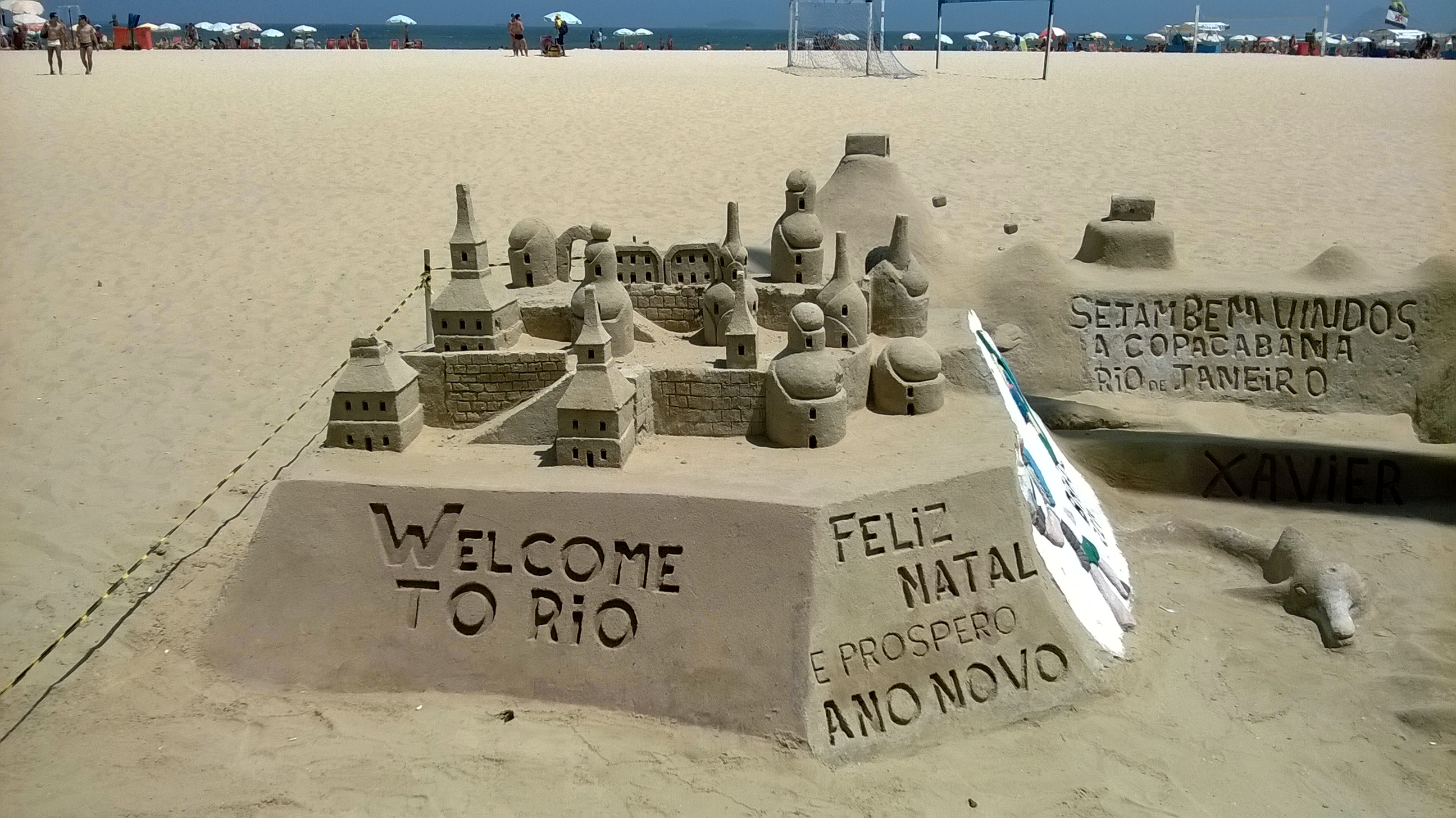 After sailing from Bridgetown, Barbados 11 days ago, we’ve reached Rio de Janeiro, the highlight and unfortunately the last stop on our travel itinerary.  With a much anticipated sail into Rio, we’re up on deck by around 8AM in what begins as a dark, overcast morning.  As the Crystal Symphony quietly slips through the calm bay, Sugerloaf is visible, but Corcovado and Christ the Redeemer statue remain hidden in the clouds.  We’re alongside at the huge port facility right next to downtown by around 10AM.  We’re in no real hurry to go ashore, the ship remains docked here overnight and after disembarking tomorrow we have booked one extra night at a hotel in heart of Ipanema Beach.  This afternoon we’ll take the ship’s provided shuttle to one of the Copacabana Beach hotels to join a 2pm private excursion to Corcovado – we’re hoping the fog and low clouds will be lifted! 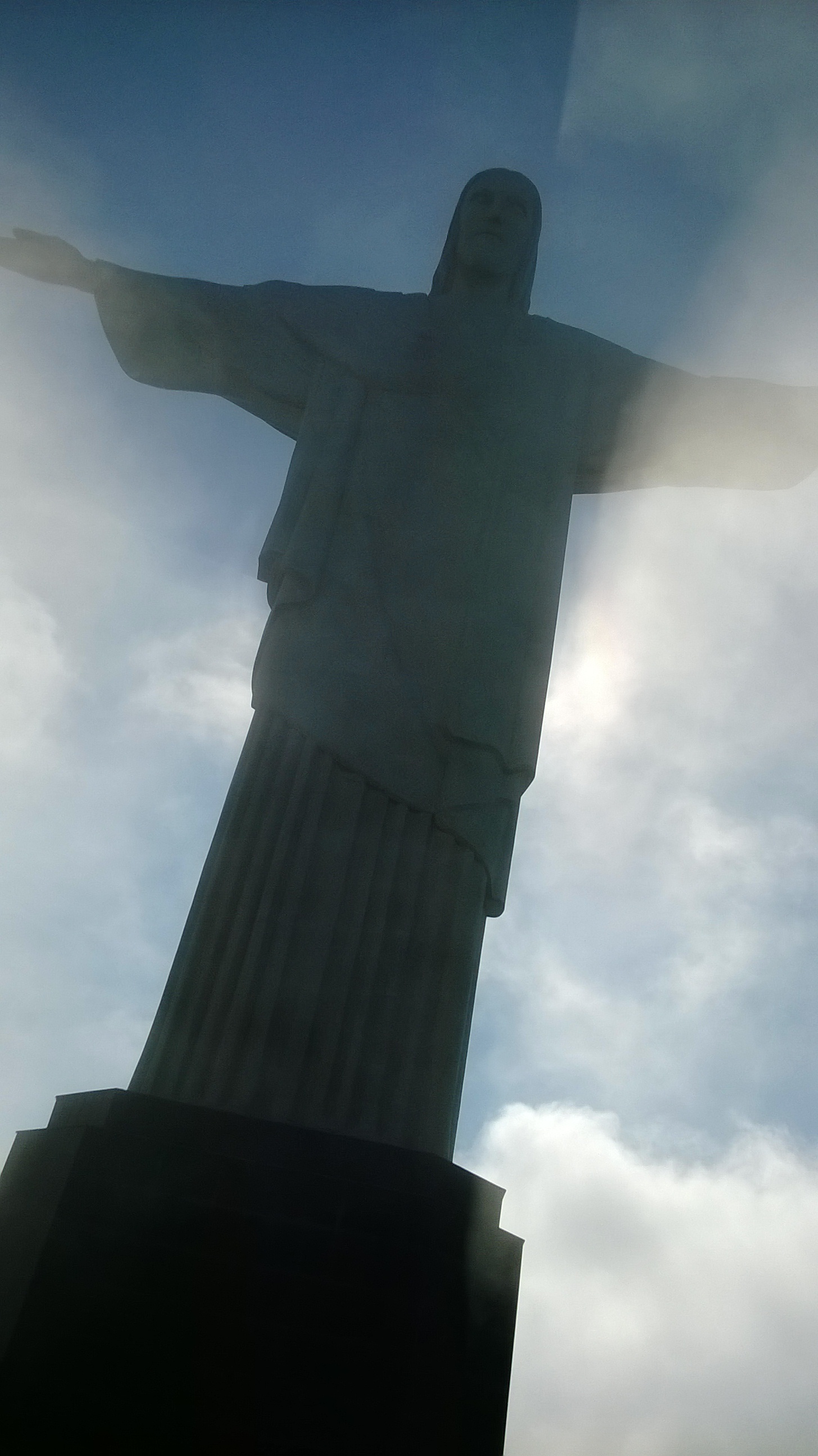 After joining the tour, the coach makes a stop along the Rodrigo de Freitas Lagoon, a large central lagoon of brackish water.  This lagoon will be the main location for rowing for the 2016 Summer Olympics and in early 2013 was featured by world news organizations for the huge fish kill caused by the polluted water.  Our second stop is at the train station at the base of Corcovado Mountain.  The cog-train departs every 30 minutes and takes about 20 minutes to rattle and clack its way up the narrow, winding and steep rails to the top of the mountain.  It’s a quick elevator and escalator ride or a slower multi-staircase climb the last 100 feet or so to the viewing platforms.  We arrived at the summit at about 5pm, and fortunately most of the clouds have lifted.  We’re able to see the Christ the Redeemer statue and the city spreading in all directions below.  The statue faces nearly due east, so this time of day the sun is very low behind the huge monument.  With the clouds swirling close-by, this made for some interesting and challenging photos.  For the best facial lighting, early morning ascensions would be best.  The tour provided about an hour’s worth of time at the summit before we once again boarded the train, followed by the coach back to the hotels.  For us, this was a “must-do” trip while in Rio. 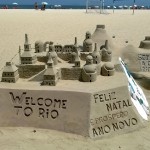 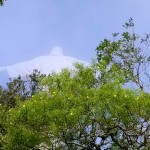 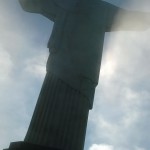 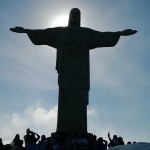 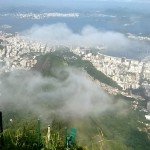 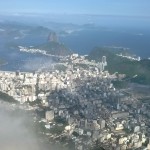 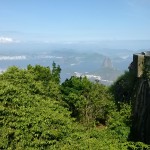