Cuba is an island of irresistible music and welcoming people. Of intrigue and mystery. And now, open to American travelers. Travel with a licensed travel provider and you can experience this beautiful island. 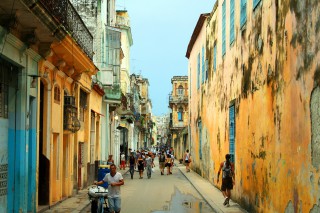 As part of this People-to-People exchange program, you’ll engage first hand with the local tradespeople, artists, musicians and historians to share your experiences and get their unique perspective into what makes Cuba so fascinating.

Day 1 – Miami: Embark on the Pearl Mist and sail from Miami to Havana.

Day 2-3 – Havana: Visit Old Havana, a UNESCO World Heritage site and its impressive plazas, Catedral de San Cristobel, one of the most beautiful churches in Havana, the Plaza de Armas, where the military drills took place in the 16th century, and the Gran Teatro de la Havana.

Day 4 – Maria La Gorda: Located on the western end of the island, the isolated enclave of Maria La Gorda is one of the most diverse biological regions in the world.

Day 5 – Cienfuegas: Meaning “one hundred fires” in Spanish, Cienfuegos is a charming community ideally situated along the southern coast of Cuba. this picturesque city grew to become one of Cuba’s chief seaports used for trade. 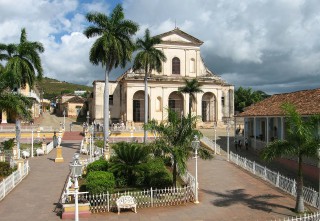 Day 6 – Trinidad: The town of Trinidad is a well-preserved representation of classic Cuba. Founded in 1514, the town is lined with cobbled streets, neoclassical buildings, and exquisite wrought iron railings.

Day 8 – Parque Nacional Alejandro de Humboldt: This national park is considered to be Cuba’s most important protected area due to its extraordinary biodiversity values and is among the most important sites in the Western Hemisphere.

Day 9 – Holguin: The provincial capital, Holguin City is a historical gem known for its abundance of beautiful parks and town squares. It was described as “the most beautiful land human eyes have ever seen” by Christopher Columbus in 1492.

Dates/Pricing: Pearl Sea Cruises is offering this 10 day voyage on multiple departure days throughout 2016 and 2017, starting with a March 6, 2016 sailing. Prices start at $7,810 per person.

Ship: The Pearl Mist offers the ultimate cruise experience with just 100 over-sized, luxurious staterooms, all with private balconies. Enjoy cocktail in one of the six onboard lounges before indulging in a culinary delight – traditional and regional cuisine created by world-class chefs. You’ll also find a well-stocked library, flat screen satellite TVs, DVD players, and WiFi throughout the ship.

Contact us for complete itinerary information, dates, and pricing. We can work with you to help you plan your Cuba trip.