It’s 3 days before Christmas and we’ve just sailed from Ft. Lauderdale aboard the Celebrity Edge. 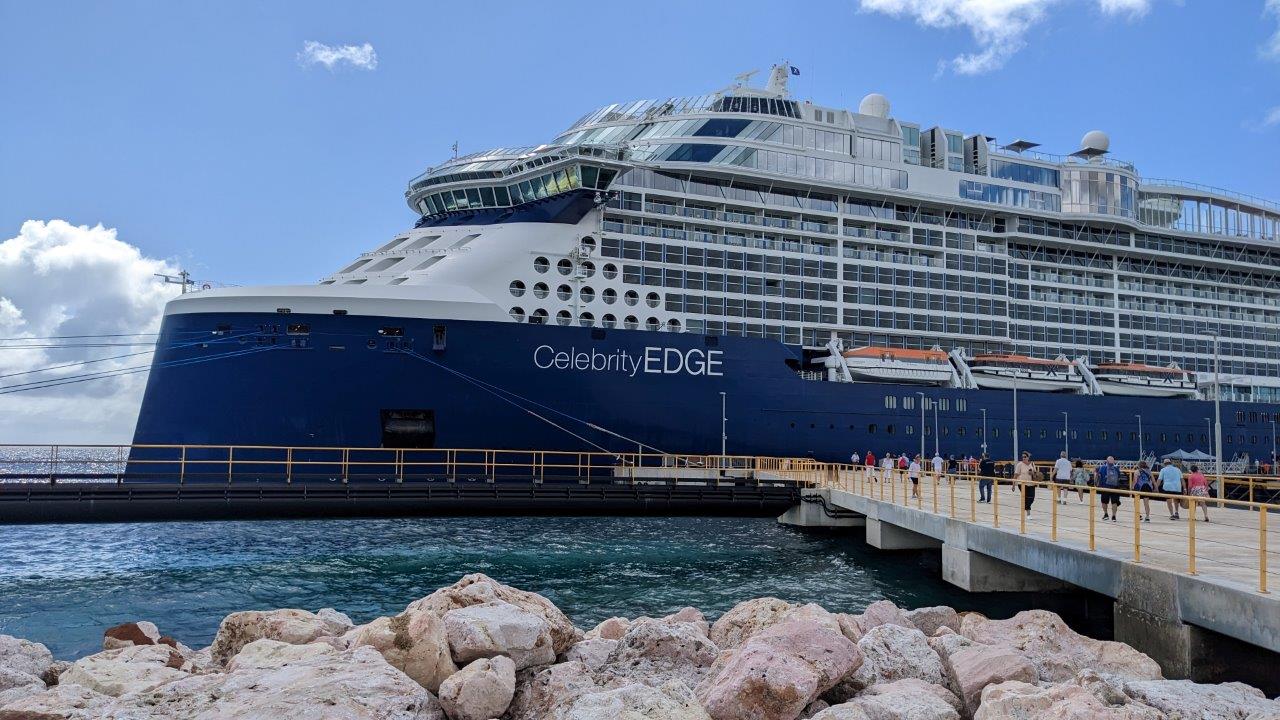 We were last aboard the Edge for her naming ceremony back in December 2018. Our itinerary starts with two relaxing days at sea before arriving in Cartagena, Columbia on Christmas Day.

Cartagena: We assumed much would be closed today, so opted to purchase the “Hop-on/Hop-off” city tour. Most of our time was spent on a walking tour of the old historic walled area of Cartagena. After this extensive walking tour, we all opted to return to the ship rather than continue the “hop-on/hop-off” tour. 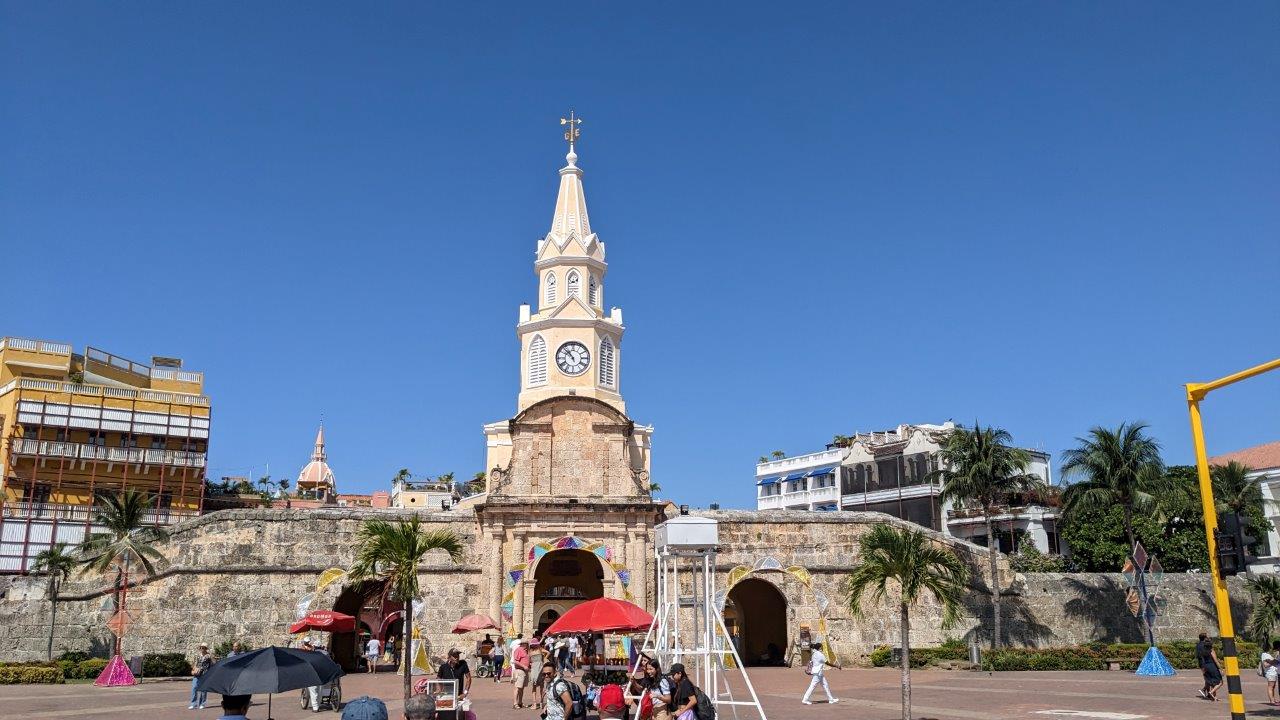 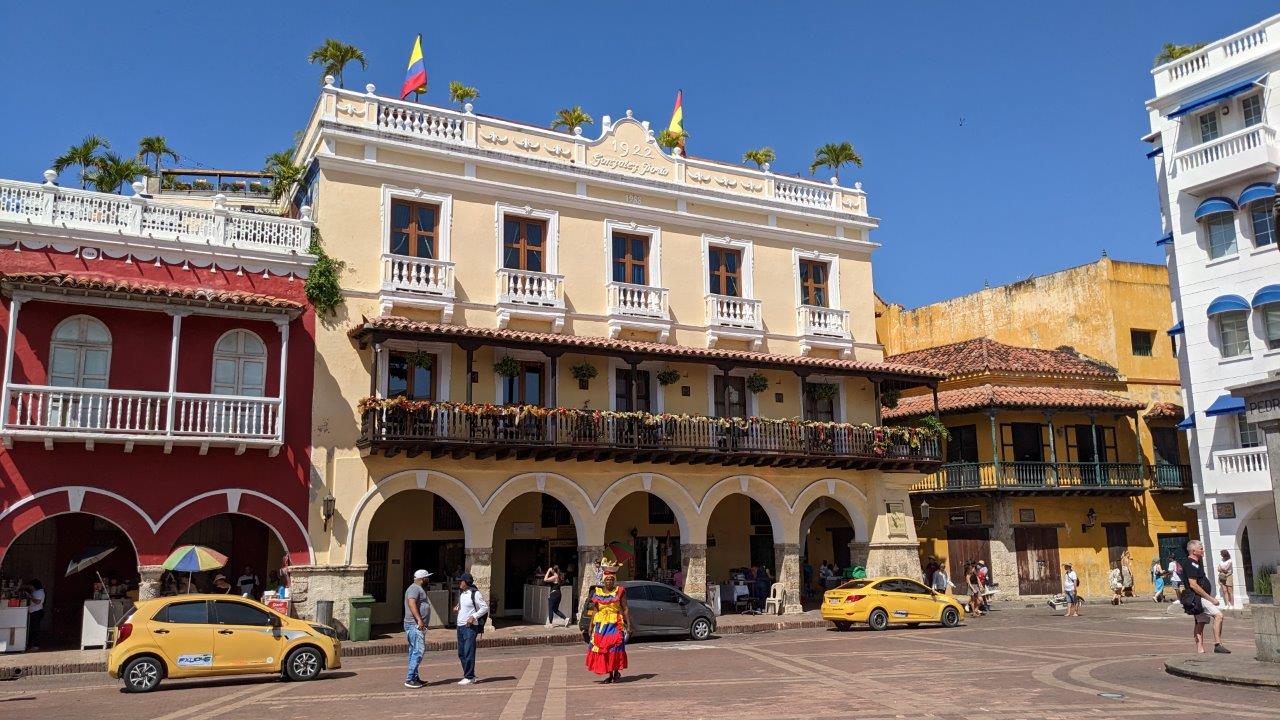 The modern city of Cartagena from the Magic Carpet

After departing Cartagena at 3PM, we are enroute to the Panama Canal.

Panama Canal: We are scheduled to meet our pilot at 6AM and to arrive at the first chamber of the Agua Clara locks around 7AM. With a beam of nearly 130 feet, the Edge requires the use of the new, expanded locks. It takes nearly 3 hours for the ship to pass through the 3 chambers and reposition for anchoring in Lake Gatun. The ship isn’t making a transit all the way to the Pacific, but instead will be at anchor here until the transit back to the Atlantic at around 1:30PM followed by a short sail to Colon for arrival around 5:30PM and departure at 9PM.

The captain’s view of our trip through the Agua Clara Locks: Instagram @travelwithcaptaintasos 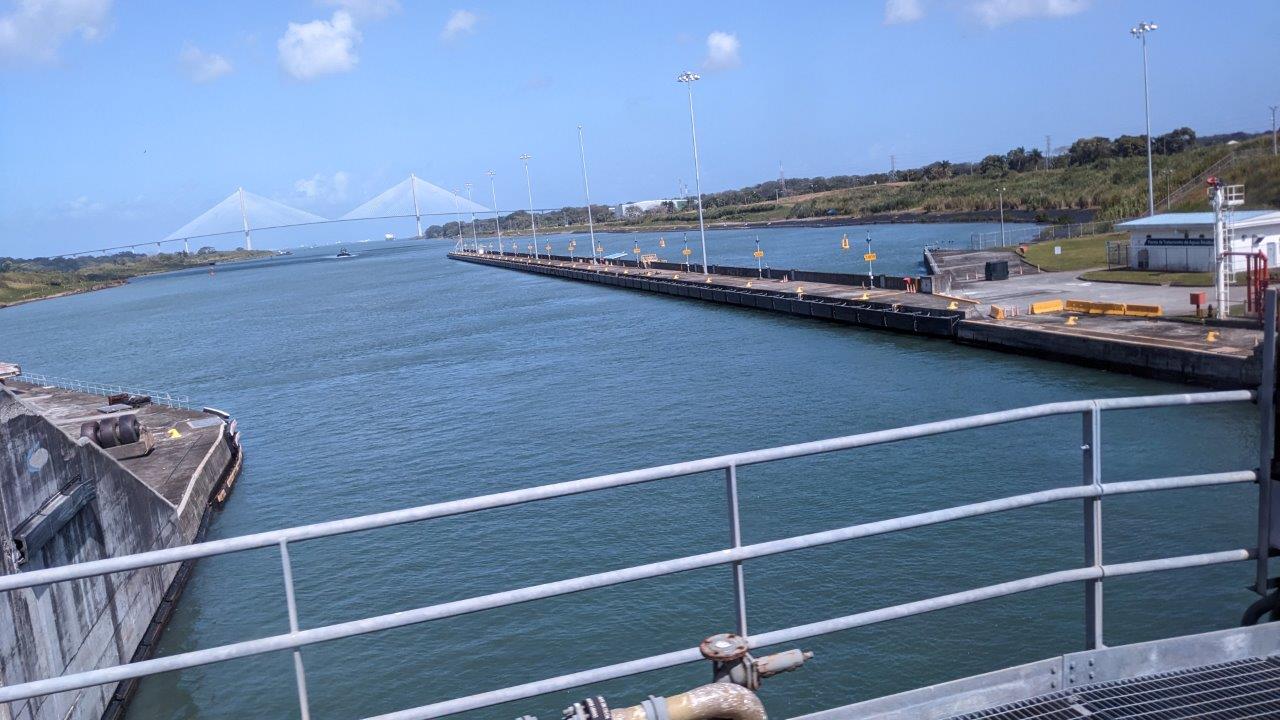 We’ve booked a nearly all-day excursion “Panama Canal & Culebra Cut Cruise”. Departing the ship via the Magic Carpet, we’ve tendered ashore to the small town of Gatun where we board coaches bound for Gamboa, a small city just north of the Culebra Cut. This cut is an man-made, artificial valley that runs through the Continental Divide of Panama linking Gatun Lake to the Gulf of Panama near Panama City. In Gamboa we board what they call a ferry, with about 130 passengers, and make our way through the Culebra Cut, through the Pedro Miguel Locks, Mira Flores Lake the Miraflores Lock and into the Pacific waters of the Gulf of Panama. We’ve made a complete transit from Atlantic to Pacific! In Panama City we’re back on the coach bound for Colon. It’s a long ride back to Colon, but this excursion has been a wonderful close-up explanation of the entire Panama Canal. 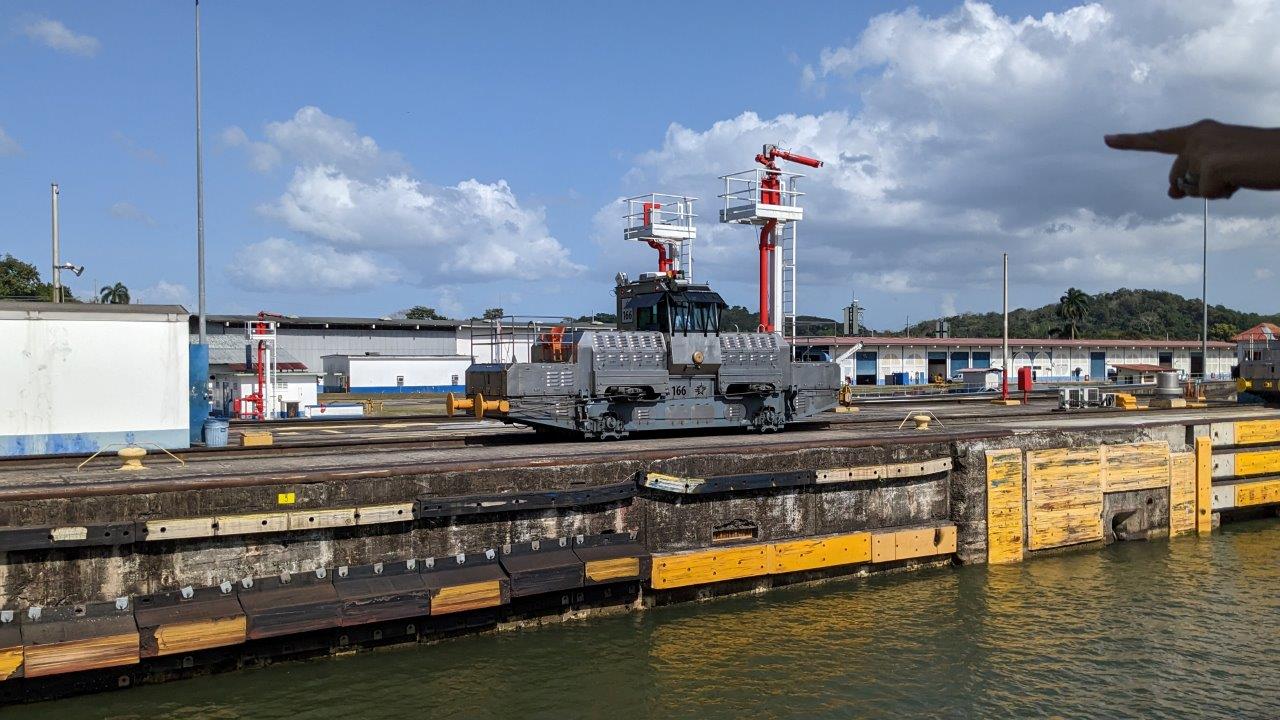 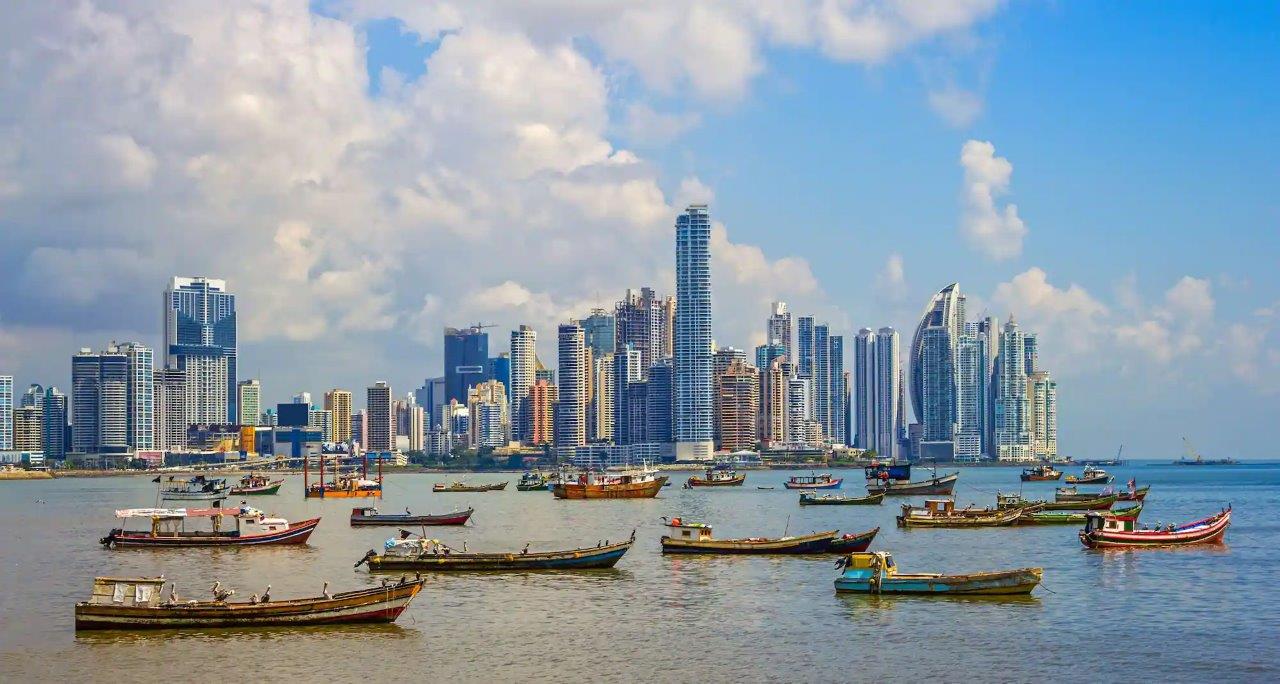 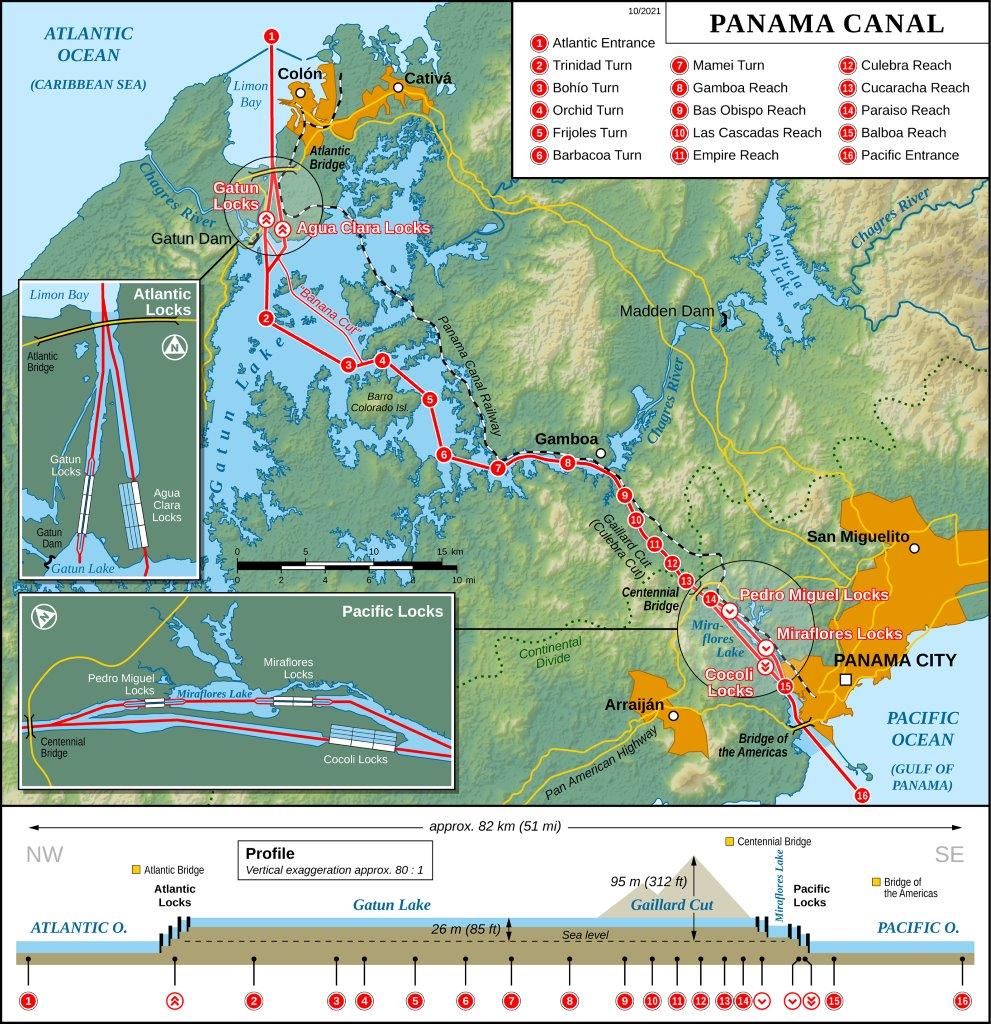 Aruba: After another day at sea, we arrive in Aruba.  This is our first stop in the “ABCs”, we are also scheduled to visit Bonaire and Curacao.  Here in Aruba, the Celebrity Edge was alongside with the Marella Explorer 2, the former Celebrity Century, launched in 1995 as the lead ship in the Century Class. The shore excursion here was the Submarine Expedition followed by lunch at Lucy’s Retired Surfers Bar & Restaurant. 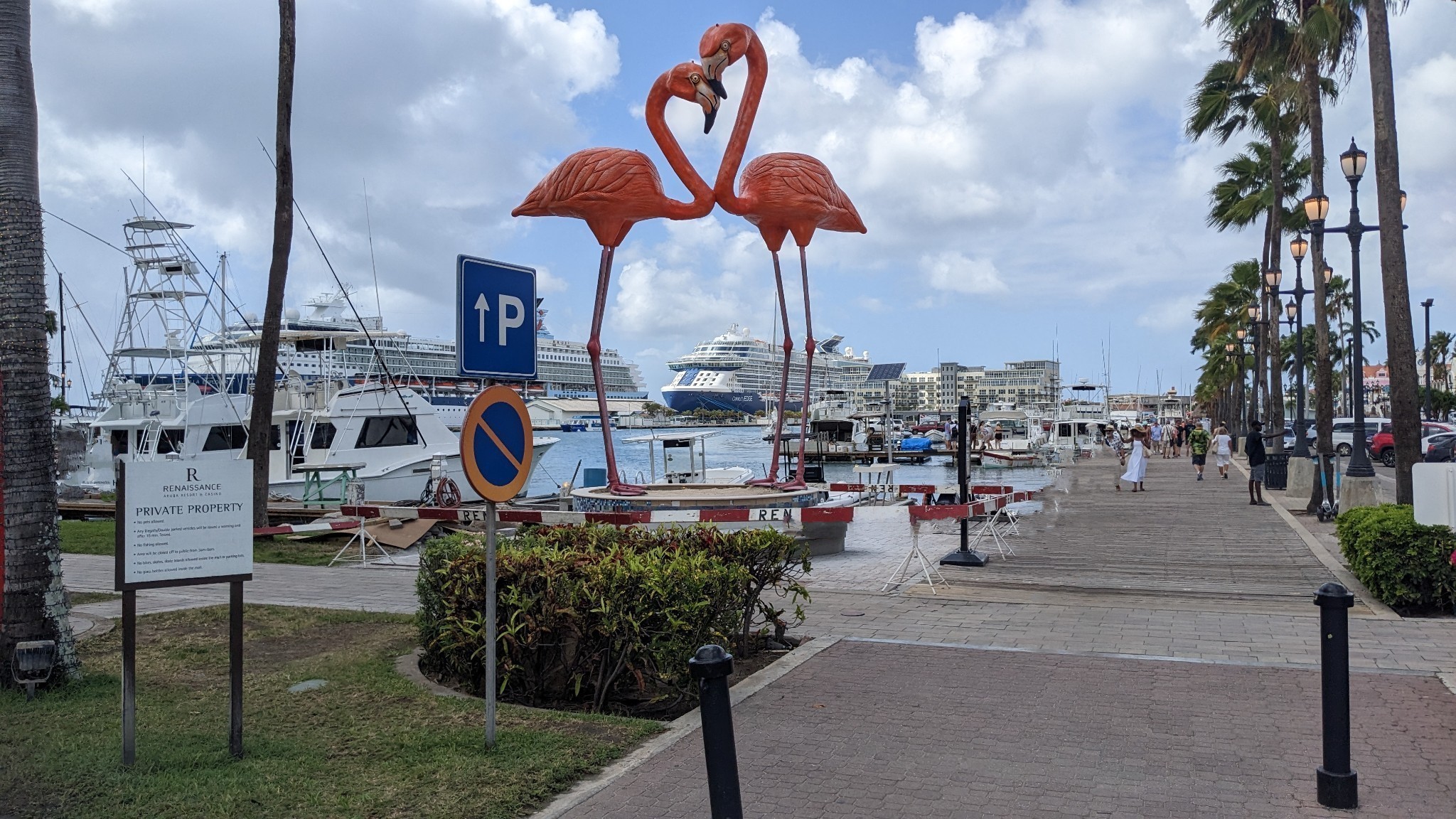 Bonaire & Curacao: In Bonaire we enjoyed a guided city tour on a “Electric Tuk-Tuk”, more like a stretch golf cart.  And in Curacao, we walked through some of the old town, tasted the famous Curacao liquor and had a tasty lunch at Mambo Beach. 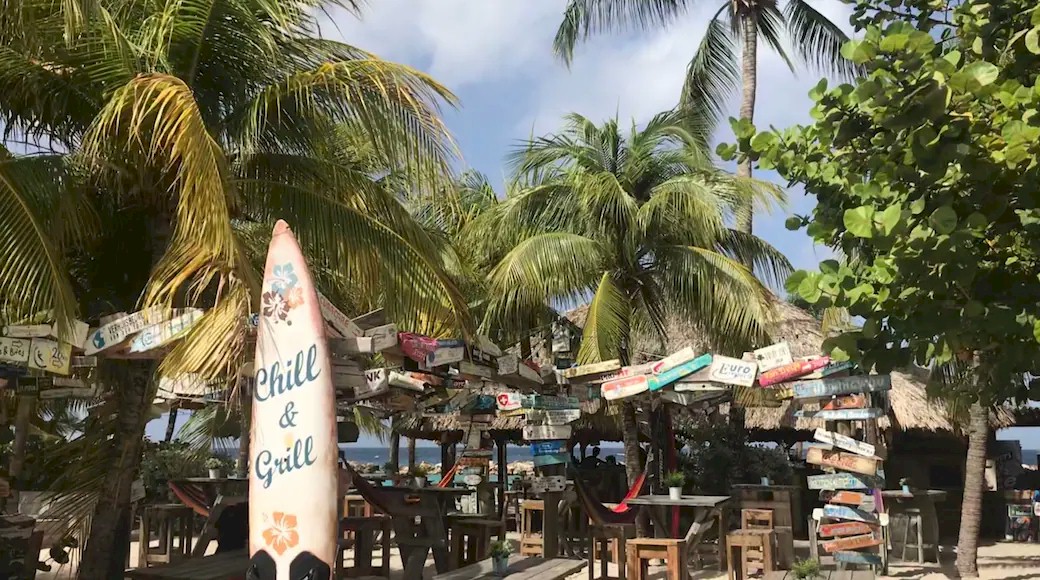 Departing Curacao, our first day at sea on the return to Ft. Lauderdale is New Year’s Eve – and what a party the ship’s entertainment staff has prepared for us.  All of the festivities are on the upper outside decks, complete with free flowing Champagne, plenty of party hats, noise makers and light wands plus a “Times Square” type countdown.  DJ “Dragon” spins the tunes for the dancers well into the wee morning hours. 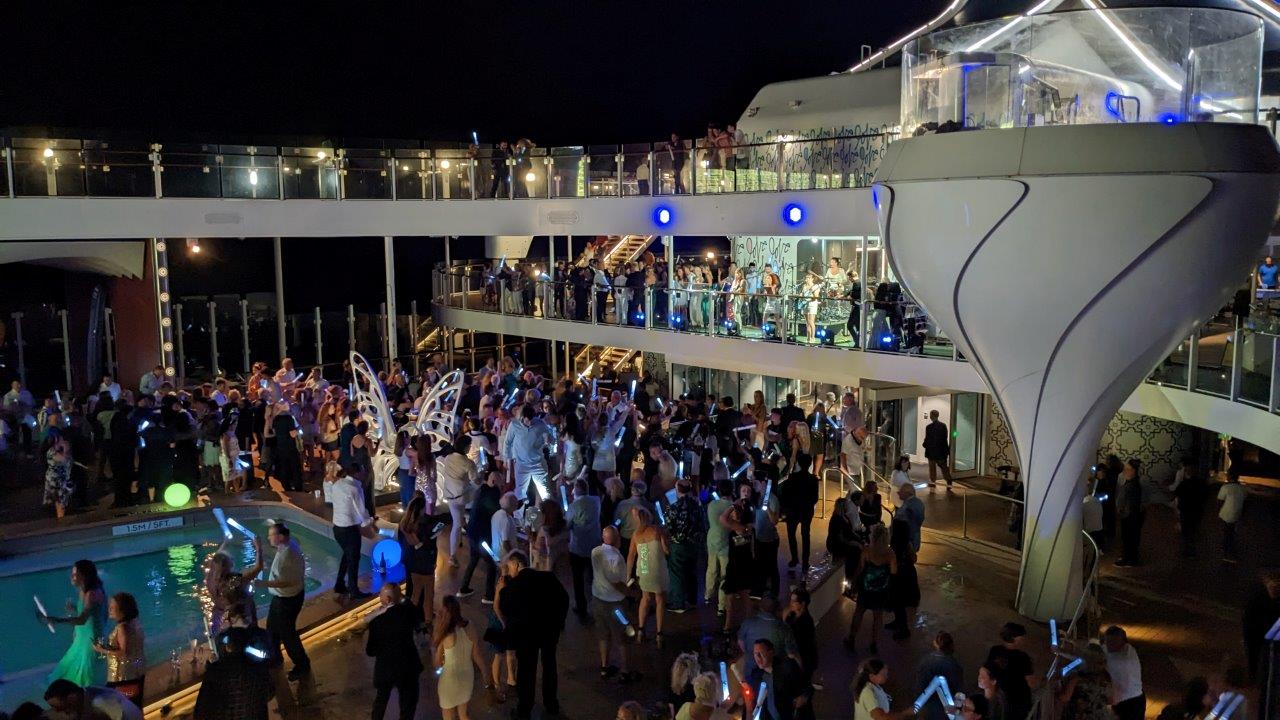 New Year’s Day is at sea and unfortunately the reality of our last day onboard. We’ll arrive Ft. Lauderdale early and disembark for a direct flight home.  This holiday cruise has been wonderful!  Everyone in our group agrees that this is a great time to be at sea in the warm Caribbean.