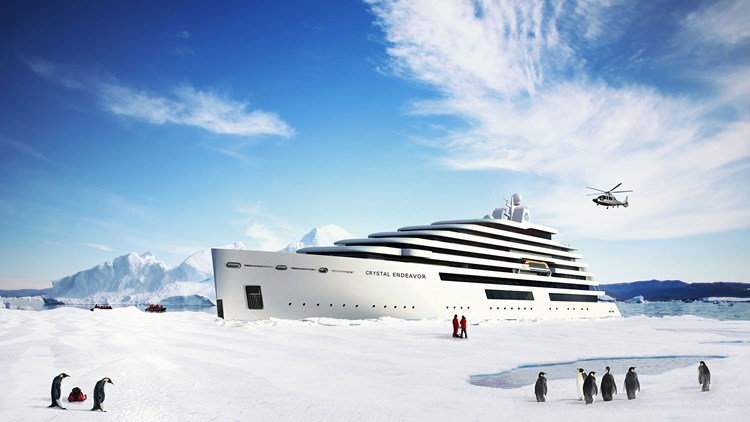 The 200-guest megayacht will be designed for global expedition in the Arctic, Antarctic and even tropical conditions. It will be the first purpose-built Polar Code compliant yacht in the world, which will allow the ship to cruise in Polar Regions during the summer and autumn months.

With computer-controlled systems and dynamic positioning technology the new Crystal Endeavor will be a modern marvel.

According to Crystal president and CEO Edie Rodriguez:

“Crystal Endeavor will cater to a particularly daring audience, one who values luxurious comfort and amenities as much as life-changing adventures.”

The standard guest suites will measure a minimum 400 square feet (including balcony), larger than all current expedition and luxury cruise ships. The yacht’s two Owner Suites’ will each boast a whopping 3,122 square feet.

Public areas will include the Palm Court, which will offer 270-degree panoramic views for whale-watching and viewing other wildlife. A combined Spa and Conservatory space of a 10,000 square feet, will feature a full-service Spa, Yoga, Pilates, Salon and Wellness Center.

The megayacht will also feature six dining options, as well guest amenities including a 200-seat theatre, lecture rooms, and a computer center. 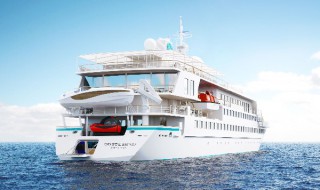 Crystal Cruises newest addition to the fleet is a 62 passenger elegantly appointed yacht, the Crystal Esprit.