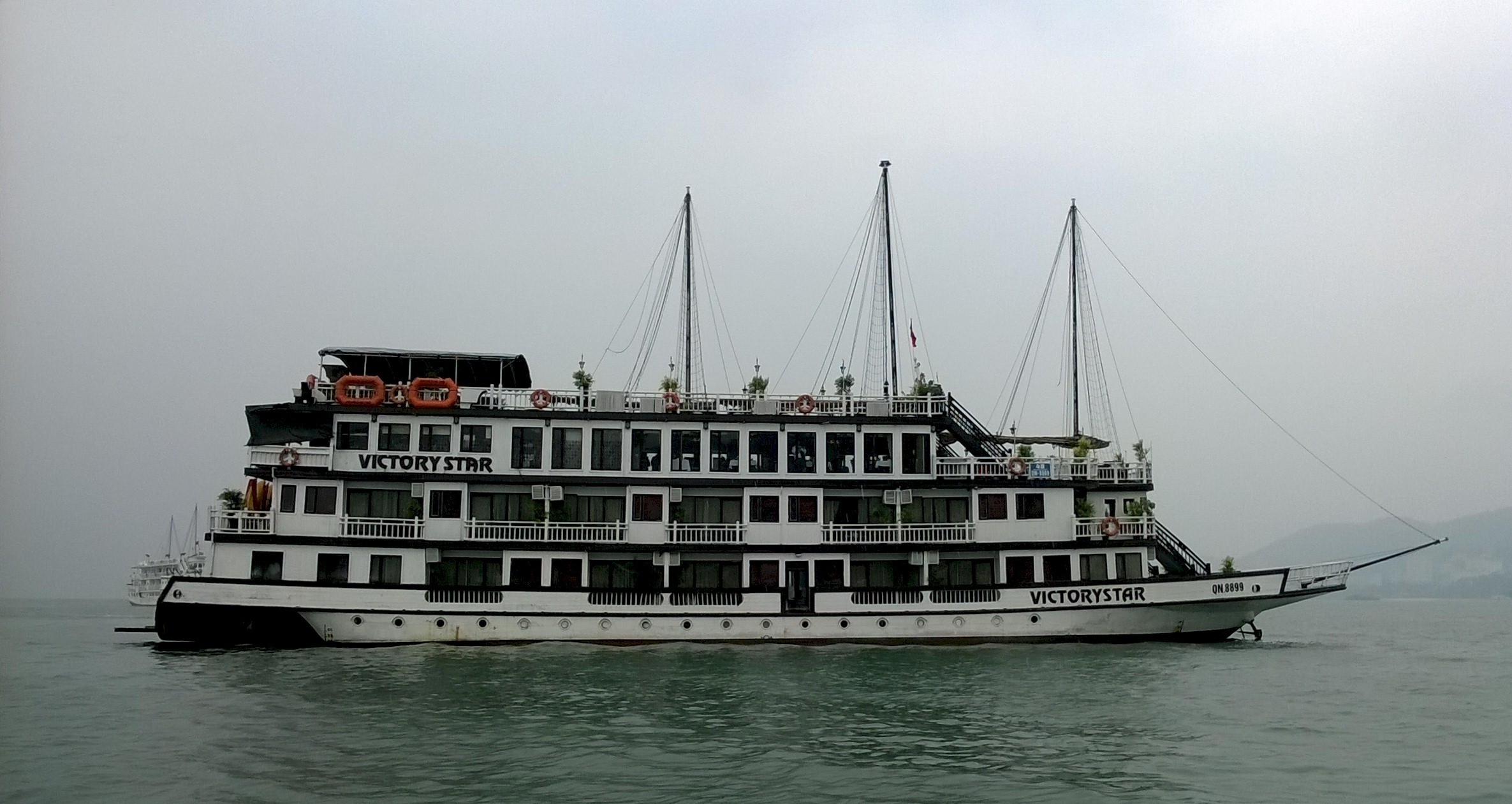 After about a 4 hour transfer from Hanoi, we’ve arrived at the pier where we’ll board our traditional junk for an overnight on Ha Long Bay.  The weather was overcast and wet when we left Hanoi and threatening to cancel our sailing. But, by the time we arrive, it’s still overcast, but the wind isn’t an issue and we’re relieved to find that we will be sailing as planned.  The transfer from Hanoi isn’t pleasant.  The 90 mile trip takes all of 4 hours with a fairly quick rest stop along the way.  As you travel further south the roads become rough and nearly as congested as the roads in central Hanoi.  There is infrastructure work underway along the entire route – but it’s going to be years before this journey can be made in a reasonable amount of time. 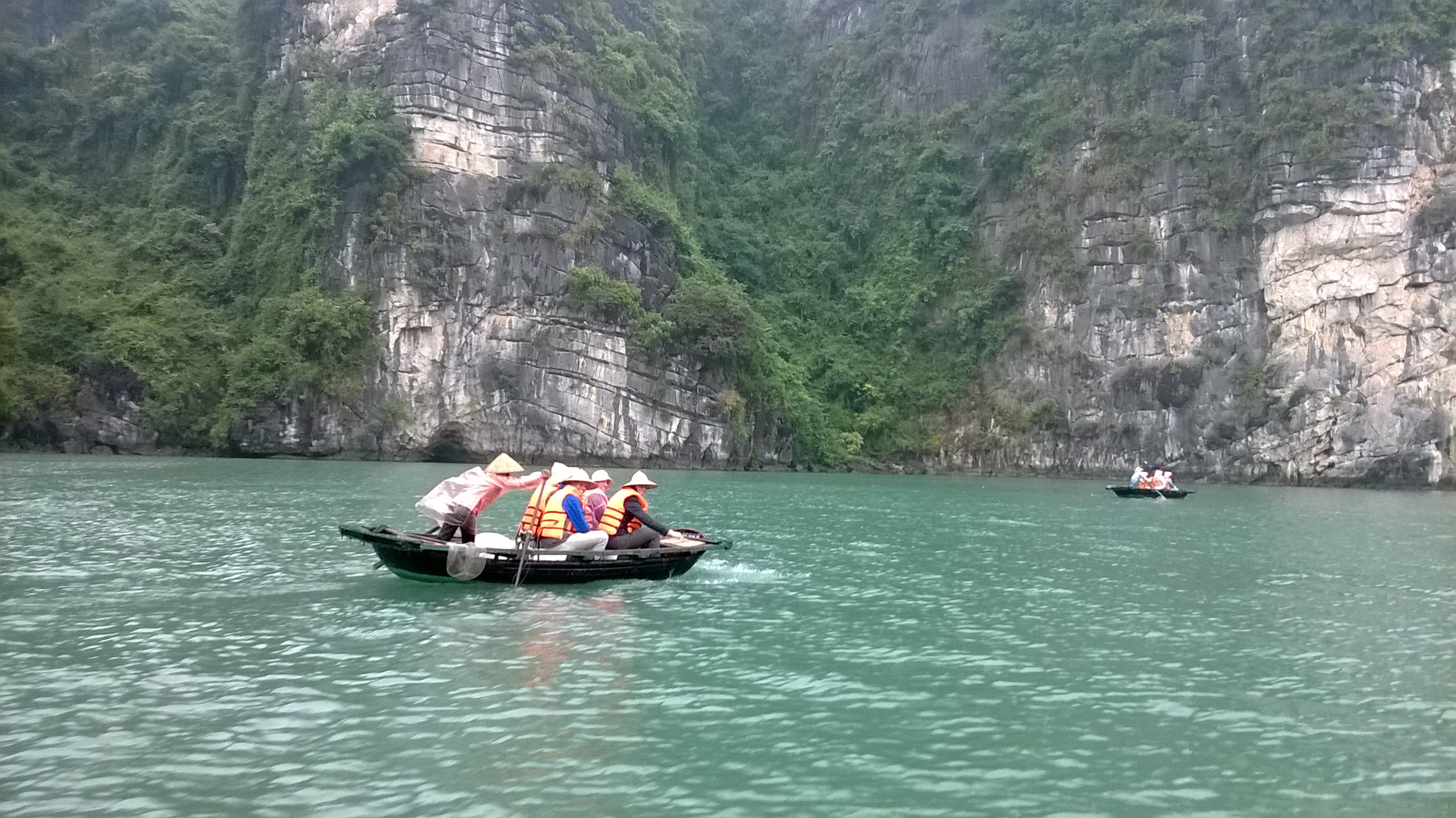 After arriving on board the Victory Star via tender, we’re treated to a luncheon  as the ship weighs anchor to begin our travels into Ha Long Bay.  After sailing through the islands for an hour or so, we arrive at a floating fishing village.  The ship’s tenders take us to a floating “bus-stop” where we’re assigned groups of 4 and embarked on a small row boat.  These wooden and tar boats are rowed for the most part by women. With some light rain and gusty winds, the rowing for nearly 45 minutes around the village and small harbors must be exhausting.  Back onboard, we continue scenic cruising for another hour or so.  It’s just after sunset as the anchor is dropped and it’s time for dinner.  The next morning, those that want to hike in the rain are taken by tender to a beach spot with a hike up to an enormous cave said to be the largest in Ha Long Bay.  We sail back for the pier while enjoying a great brunch.

While the rain and foggy conditions certainly affected our over all impression of Ha Long Bay, the Victory Star ship wasn’t terribly impressive either.  The accommodations and meals were certainly in the 3 star range and not of the caliber that the rest of the trip has been.  We’d love to come back here, – and somehow avoid the drive from Hanoi and sail on a slightly more luxurious junk. 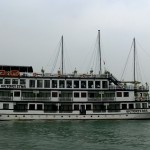 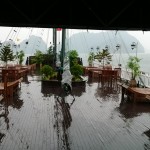 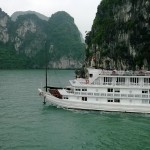 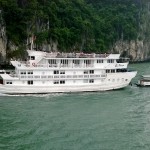 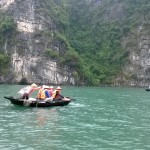 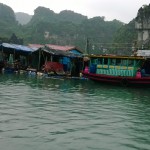 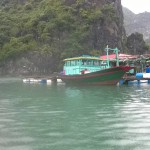 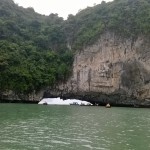 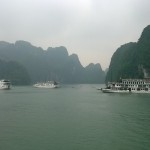 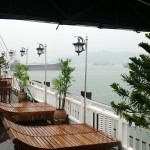 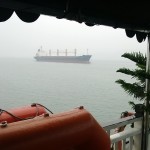 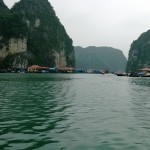