Aboard the Celebrity Beyond in the Greek Isles

Good Morning from Civitavecchia, Italy!  We’re here to join the new Celebrity Beyond on a 10-night sailing around the Greek Islands.  On route to Italy, we spent 3 night in London and enjoyed catching up with friends and attended two West End theatre shows, &Juliet and Dear Evan Hanson. It’s been over 4 years since we were last in London and it was great to finally get back. 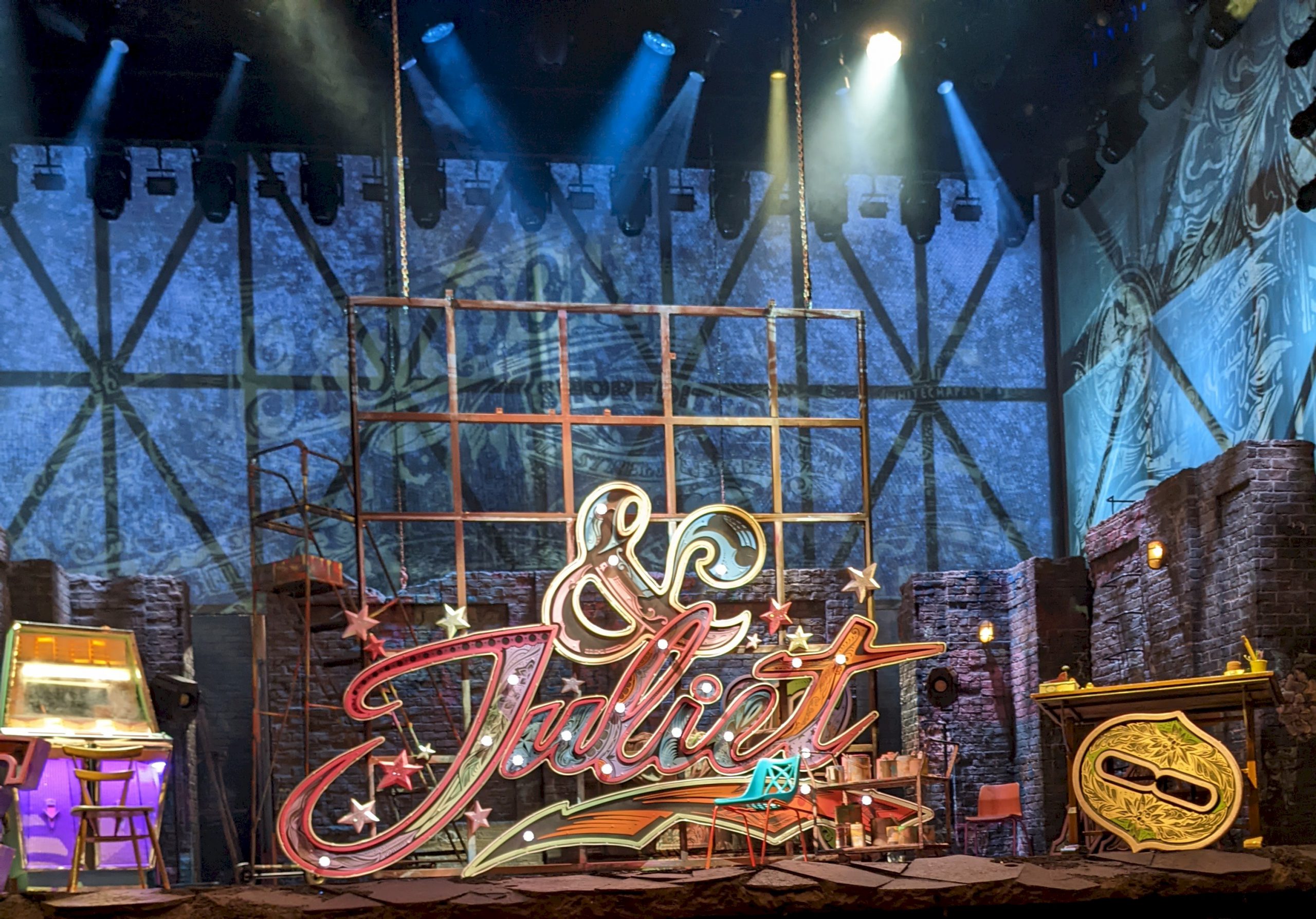 We flew from London to Rome, but opted to stay in Civitavecchia, the port for Rome.  We’ve never stayed outside of Rome, but decided we needed to check out some of the accommodations and restaurant options for those clients that might not want to transfer in and out of Rome for a cruise departure.

We’re staying at the Hotel de la Ville, just next to Civitavecchia train stations and a quick cab ride to the port.  A solid 3 star, possibly approaching 4 star, the hotel provides clean accommodations, a tasty breakfast and is near nice waterside restaurants.  We enjoyed a fresh seafood dinner along with a gorgeous sunset at Ristorante II Delfino, just a few blocks walk away. 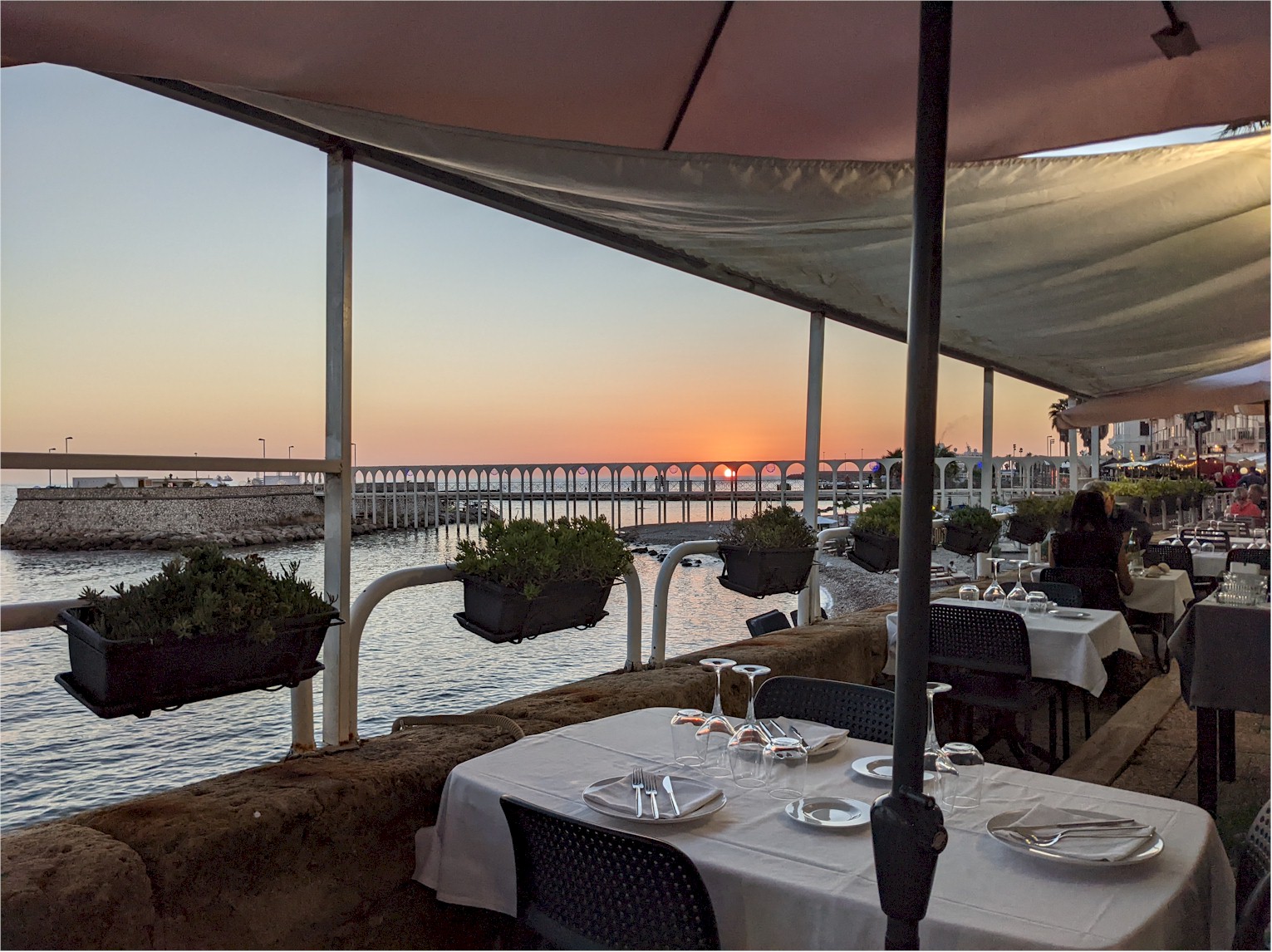 The cruise pier is not a long walk, but with temperatures and humidity up and all of us with several bags, we opted for a short cab ride over to the port.  The ship departed Civitavecchia at around 5PM.  Our first full day onboard is a relaxing day at sea, giving us a great opportunity to explore the ship.

The Beyond is the ‘big sister’ to the Celebrity Edge and Celebrity Apex, boasting 20 additional meters in length and 1 additional deck in height.  The Sunset Bar has been modified to have much larger seating areas across two decks – along with some very cool infinity pools that literally hang off the side of the ship.

Additional space has been added to other areas including the main pool deck, the Grand Plaza, the Rooftop Garden and more.  There’s also one more specialty restaurant onboard, Le Voyage created by world-renown Daniel Boulud.

Celebrity Beyond in Santorini, Greece

After our day at sea, our first stop was at Katakalon, for excursions to Ancient Olympus.  This is a new port for us, and we enjoyed a half-day excursion exploring Magna Grecia Farm and the original Olympic grounds.  On Thursday we were in Piraeus, the port for Athens.  Having explored both Athens and Piraeus in the past, we opted to stay onboard and enjoy all the amenities and quietness of the ship for the day.

Celebrity Constellation nearby in Piraeus, with Acropolis in background

Friday brought Santorini where we were on our own, and transferred via boat to Oia, enjoyed lunch at a rooftop restaurant and returned to the ship via the Fira cable-car. 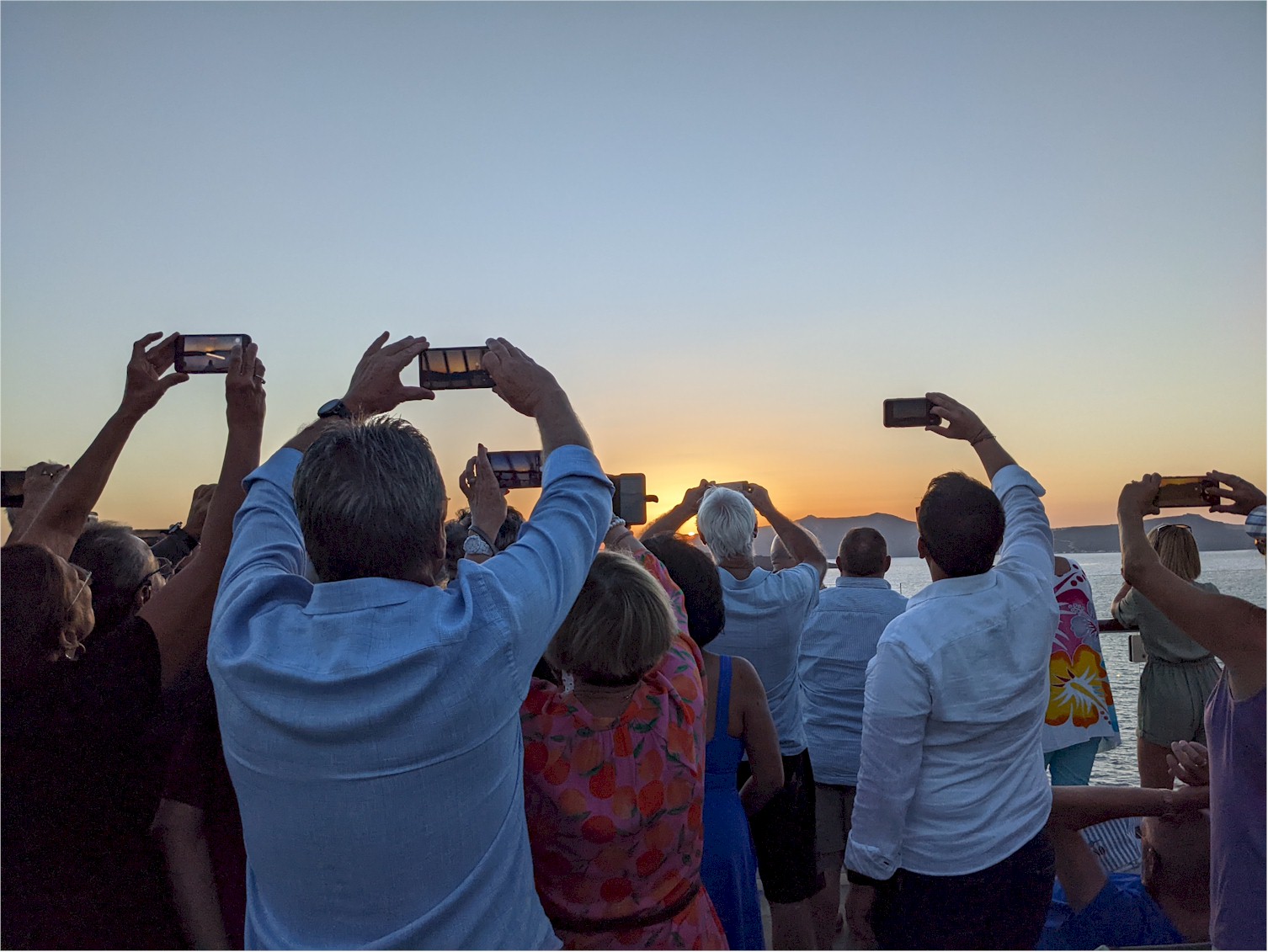 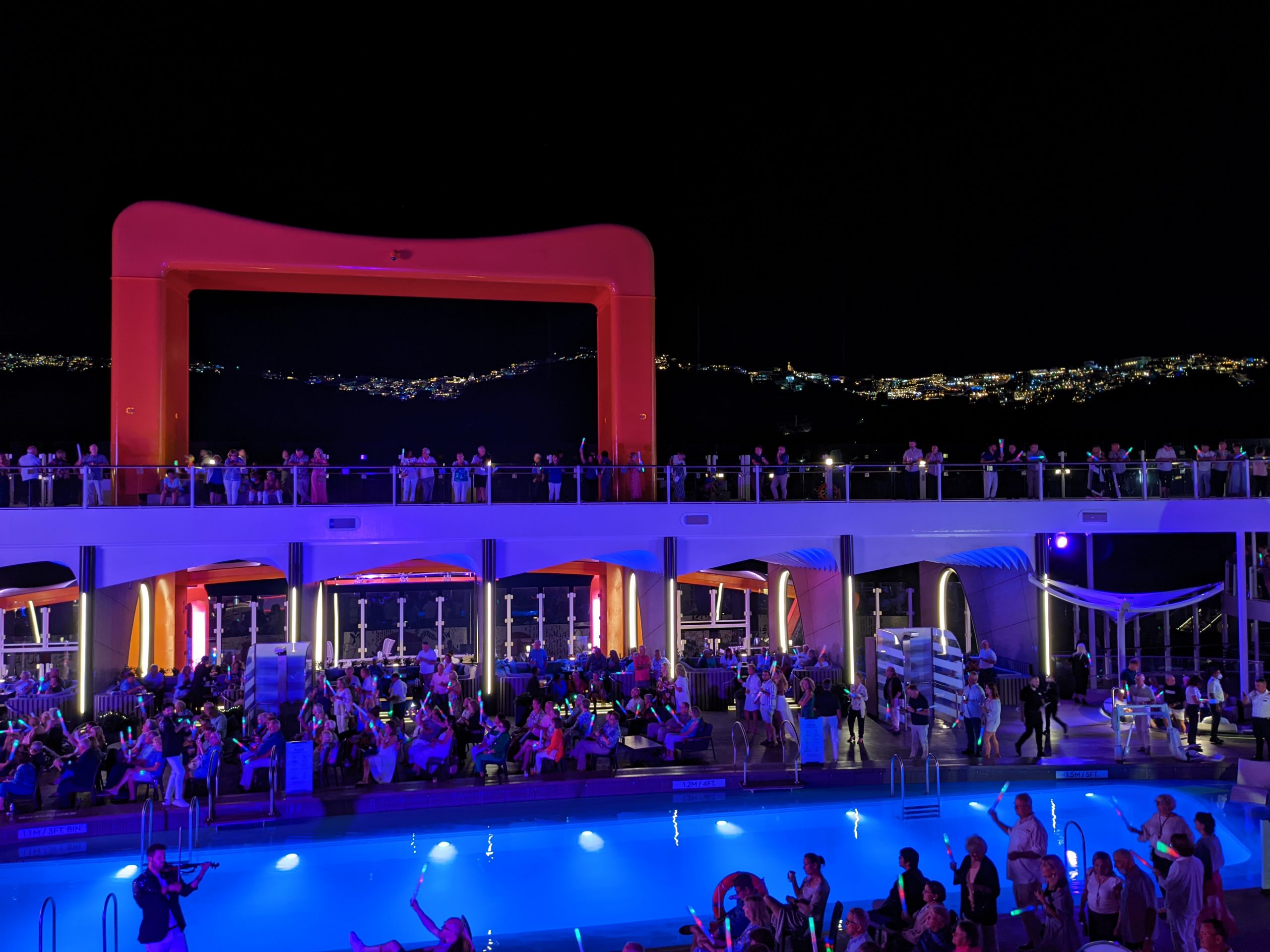 Poolside Concert during departure from Santorini

On Saturday we had a great time on a unique “Trikke” excursion around the ancient city walls of Rhodes.  Sunday was Mykonos where we joined a small group excursion on a coach tour of much of the island, and a walk through the streets of old Mykonos.

Another relaxing sea day followed before our arrival to Malta.  We’d never been to Malta, and enjoyed a ship-provided excursion to towns outside of the Valletta area. The port of Valletta is a unique surprise, surrounded by ancient walls and buildings.  It’s a beautiful approach and even more impressive sail away as the sun begins to set.

Then, one more day at sea followed by our arrival in Barcelona, and unfortunately – the end.

This was a great cruise!  We managed to try nearly all specialty restaurants, loved all 3 production shows and spent plenty of time exploring the new ship.  The Beyond completes her Mediterranean season in mid-October when she’ll make the transit to Cape Liberty and then to Ft. Lauderdale for the official naming ceremony.