Skip to content
Home Our Travels A View from Tokyo

A View from Tokyo 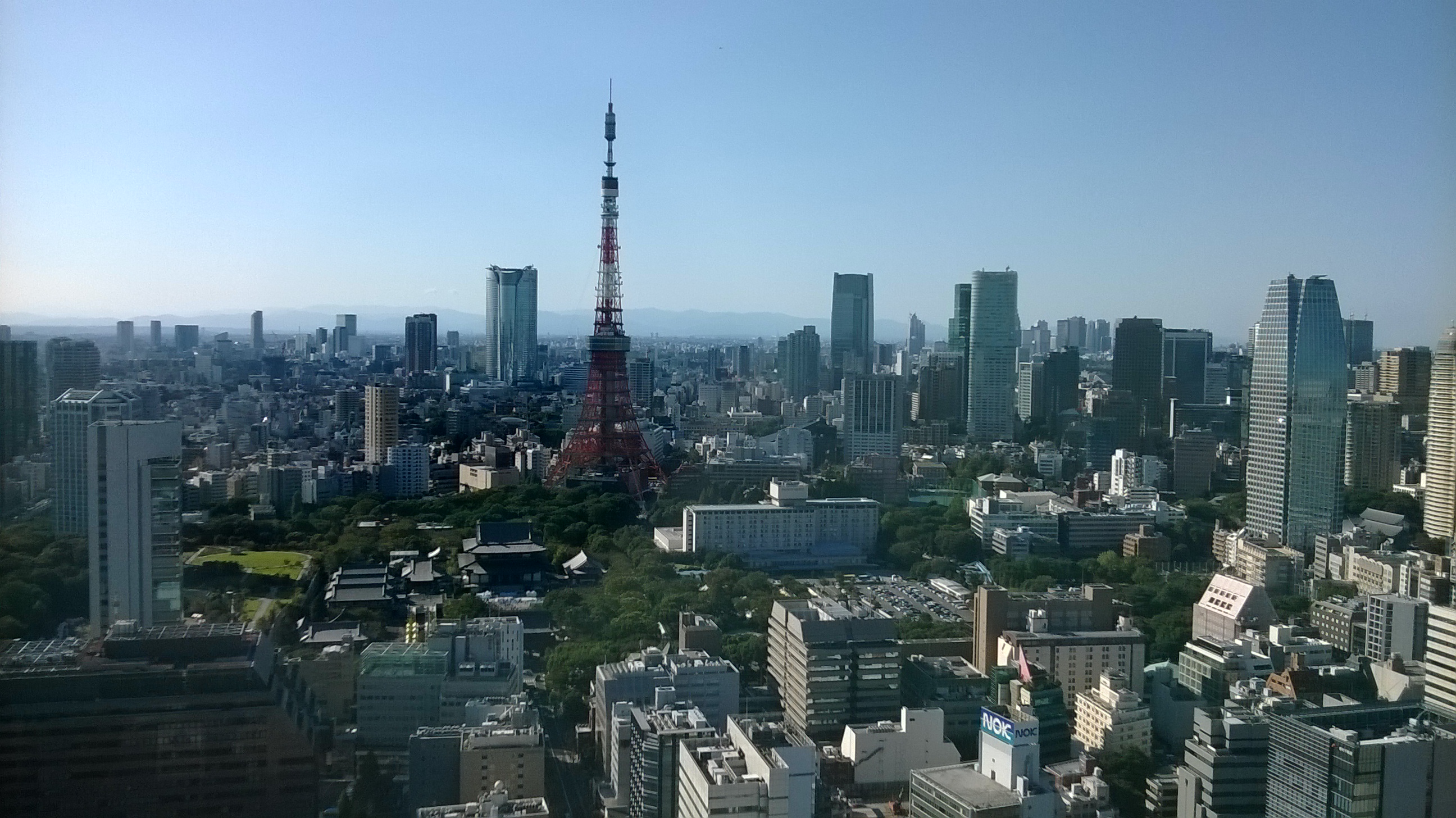 It’s been a very quick 48 hours in Tokyo.  We started the trip with a 3am wakeup alarm on Friday to catch a 6:30 flight to Chicago.  We were in Chicago about 3 hours before boarding a 13 hour flight to Tokyo’s Narita airport.  We’re traveling on a mileage award and fortunately will be spoiled in a First Class seat.  These are older 777 that American is flying, not yet upgraded on their new aggressive upgrade and new plane delivery plans.  In fact, this particular 777 is the Susan B Komen “pink ribbon” plane that was painted when American signed up as a Komen sponsor in 2008.  But, even with older equipment, the 16 lay-flat suites are a wonderful treat.

It’s 4AM Tokyo time when we depart Chicago, and we’re in daylight the entire flight.  Our route takes us nearly directly north over Manitoba, Northwest Territories and along the northern edge of Alaska before starting south over Siberia and along the eastern edge of Japan, directly to Tokyo.  The sun is low on the horizon as we’re deplaning, and by the time we’ve collected our luggage, cleared immigration and customs and found the Narita Express train platform it’s completely dark outside.  The ride to central Tokyo Station is about 1 hour and from there it’s about 20 minutes to the Ritz Carlton in Tokyo’s Midtown area. 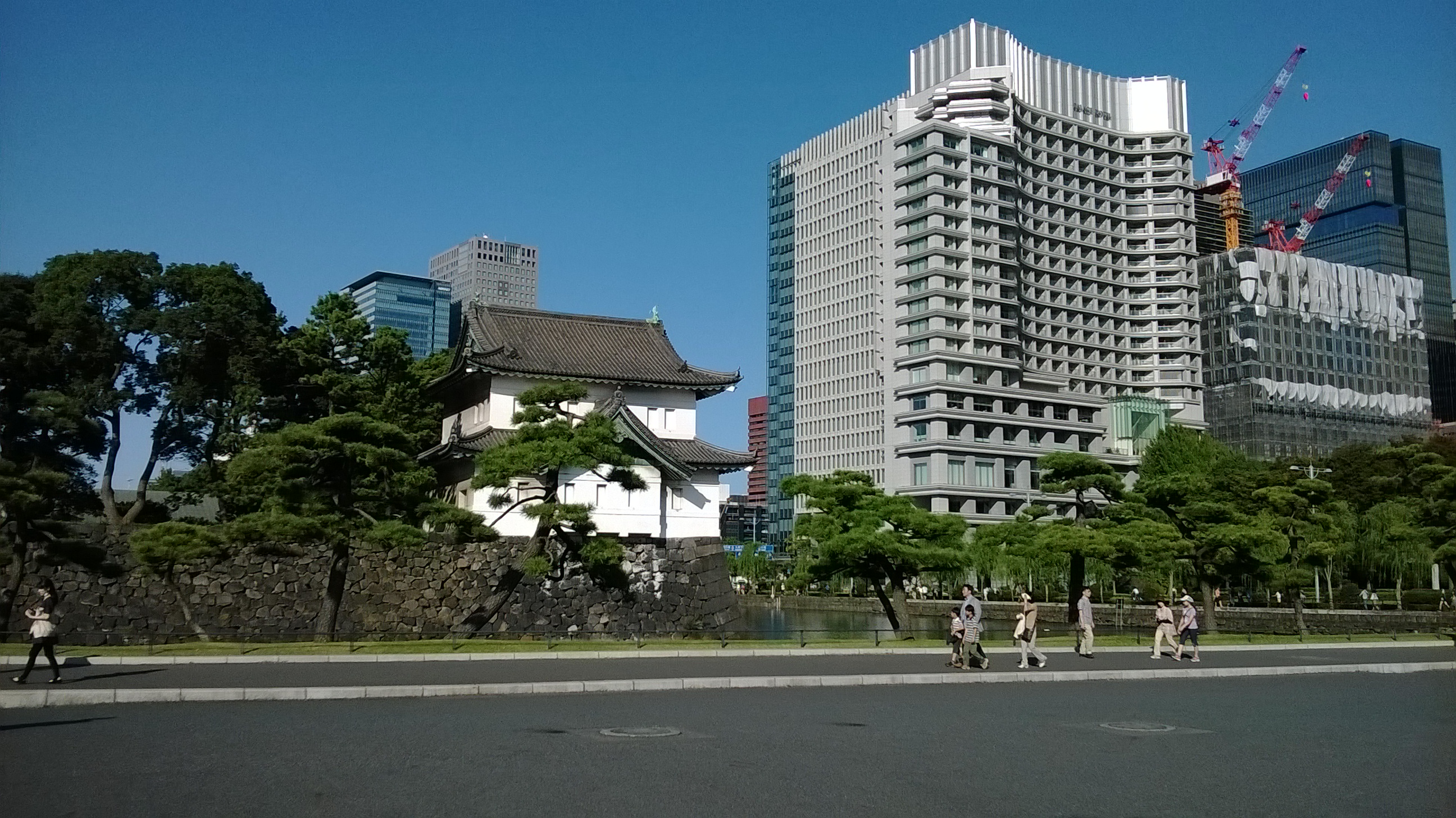 It’s been several years since we’ve been to Asia, but our overwhelming memory is of the people – friendly, inquisitive and always amazingly respectful.  However, I must admit that I have a bit of a prejudice – the memories of the old black and white TV of the bombing of Pearl Harbor are vague school day recollections.  And, Japan is an island nation, setting my expectation that there may be a language barrier making it somewhat more difficult to move around the city.  After navigating the airport, express train and the very busy Tokyo Station, these worries are starting to fade.  Even the disposition of a hurried, almost frenzied approach that the Japanese are sometimes know for as tourists isn’t present here in central Tokyo.  One surprising aspect is that this is a left-sided nation, just like Britain.  They drive on the left side of the street, and even better than the Brits, they walk on the left side of hallways and sidewalks.

For some reason we’re up early on Sunday – just as the sky begins to glow red in a beautiful sunrise.  The scene from our 53rd story room is quite amazing.  Tokyo spreads out in all directions for as far as you can see.  One of the main landmarks, the Tokyo Skytree is right in front of our window.  Topping out at just over 2000 feet, the broadcasting tower with observation platforms is the tallest structure in Tokyo, the tallest tower in the world and only #2 behind Burj Khalifa in Dubai – made famous by the Tom Cruise stunt in Mission Impossible.  The Ritz Carlton occupies the top floors of one of the Tokyo Midtown buildings, with a huge expansive lobby on the 45th floor and a Club Lounge at the top on the 53rd.  Dramatic views are out every window at the hotel.  Service is impeccable, beginning with the personal curb-side greeting all the way to check-in formalities done in-room.  Our Virtuoso amenity includes the room upgrade to Club Level, daily breakfast and a Spa credit.  This is pure luxury! 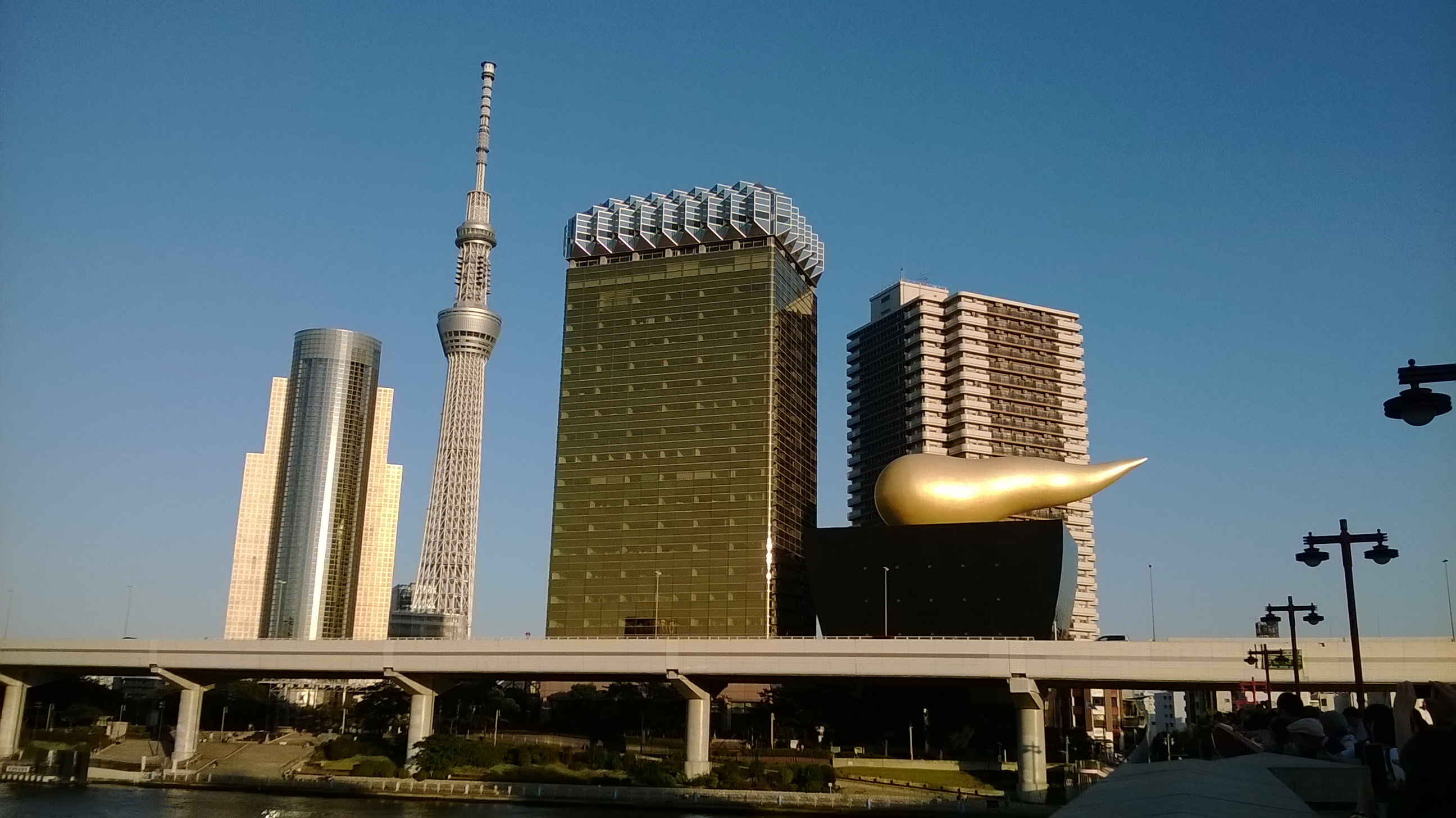 On Sunday morning we explored a bit of the neighborhood around the hotel.  A nice park with winding trails and a small pond are just outside the front door.  A few blocks to the south east is the Roppongi area, home to many foreign embassies and famous for some of it’s night clubs and somewhat sleazy street scene.  During the day, the working girls of the strip clubs are out and about offering massages and other “services”.  Roppongi Station is located nearly below the hotel and offers connections to all of Tokyo’s metro and train services.  The metro or subway is easy to use – buy your pass from an English speaking clerk at the ticket deck or a English “speaking” machine in the station, using it to gain access to the departure platform and again when you exit your destination station.  Fairly centralized fares run about $1.50 to $2.70 each way.

In the afternoon we enjoyed a half-day city tour offered by Hato Bus company.  Starting from the 40th story observation floor of the World Trade building the tour includes walking time in the park surrounding the Imperial Palace, a drive-through of the busy shopping streets of Ginza, a stop at the Senso-ji Temple and a boat ride on the Sumida River.   The tour is a nice introduction to Tokyo, but just scratches the surface of what can be found here.  Next time we want to take the full day (or even an overnight) via the bullet train to Kyoto.

On Monday we relaxed at the hotel until it was time to depart for our 6pm flight to Hanoi.  Not wanting to struggle with bags on the subway, we opted for the quick taxi ride to Tokyo Station and the comfortable Narita Express train that runs to the airport every 30 minutes.  The taxi ride is about 20 minutes from the Ritz and the train is just under 1 hour out to the airport.  Check in was quick and efficient and shortly we were enjoying the amenities of the Japan Airlines private lounge.  The flight over to Hanoi is just about 5 hours, so with a time change of 2 hours, we should be at the hotel in central Hanoi around 11PM.  More from there tomorrow… 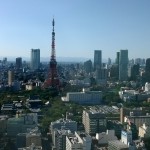 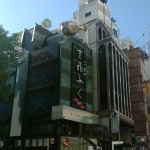 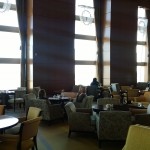 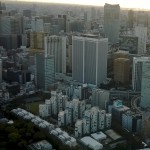 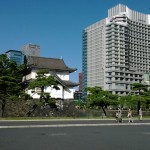 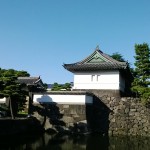 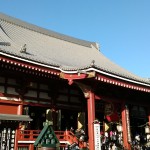 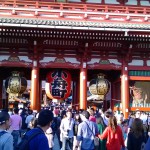 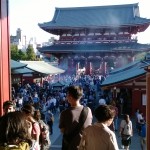 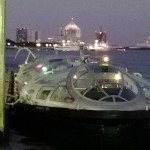 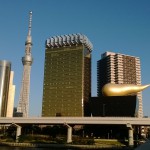 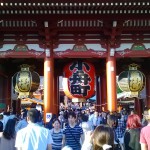 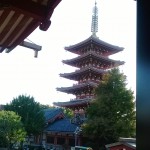 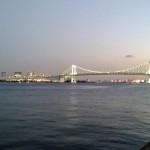