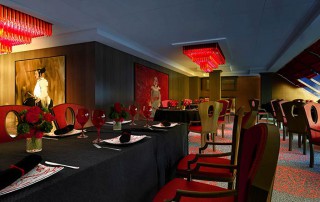 Oceania Cruises announced that guests sailing its newest ship, Sirena, will have access to a pair of specialty restaurants in addition to some of renowned chef Jacques Pepin’s signature dishes.

Tuscan Steak will feature an innovative and diverse menu, serving steaks and seafood with a Tuscan flair. Among its offerings will be the signature Tuscan porterhouse, bistecca alla fiorentina; iberico de bellota pork chop with gaeta black olives; and Maine lobster fra diavolo.

Red Ginger is an Asian-inspired restaurant currently available on Marina and Riviera. It will offer culinary delights such Miso Glazed Sea Bass and Lobster Pad Thai. The contemporary décor is a study in feng shui and complements the restaurant’s Pan-Asian cuisine.

For lunch, Sirena’s grand dining room will be transformed into Jacques Bistro. Inspired by Jacques Pepin, Oceania’s executive culinary director, the bistro will offer both simple and elegant French fare.

Sirena Will Debut in Spring 2016 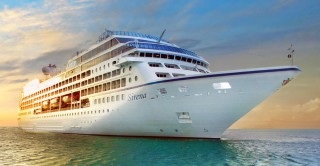 The 684-passenger ship will debut next spring, with a 14-day maiden voyage scheduled to depart Barcelona on April 27, 2016.

In addition to boasting a trio of exciting dining options, Oceania’s Sirena will feature a fitness center, a spa, a casino and a half of a dozen bars and lounges.

Sirena will offer itineraries around the world, including destinations like Gaeta, Italy; Golfito, Costa Rica and La Paz, Mexico.

Contact us for more information about Oceania’s luxury cruises.