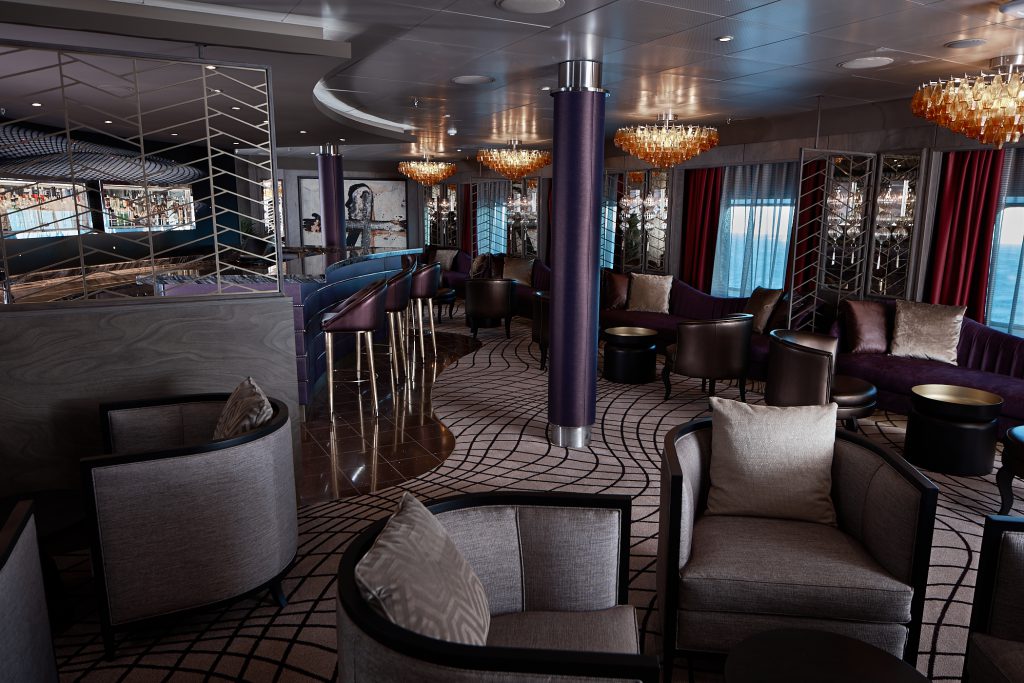 Seven Seas Voyager joins Seven Seas Navigator as the second ship to receive an update to the suites and public spaces. In addition to the elegant new décor, the ship will debut five new production shows in the Constellation Theater.

Some of the more notable renovations were to the Penthouse, Concierge, and Deluxe suites as well as to several of its specialty restaurants. 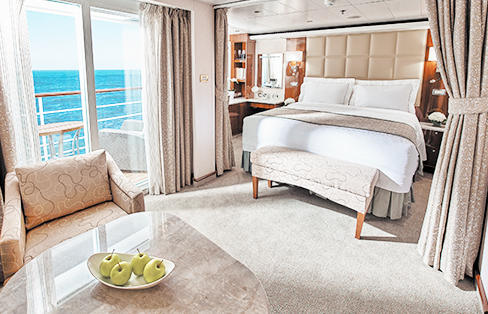 The majority of the new renovations were to the Penthouse, Concierge, and Deluxe Suites. Accentuating the spaciousness of the suites, the contemporary design includes marble accented bathrooms, plush padded leather headboards that support a king-sized Elite Slumber Bed and sitting areas that feature stylish sofas with accent tables and new artwork. 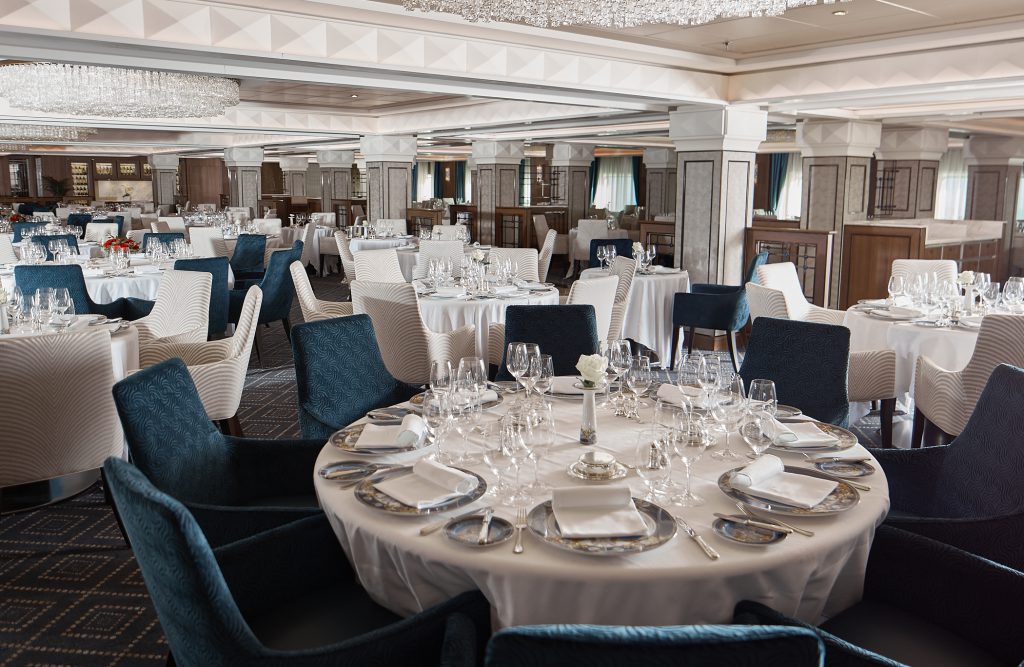 While the shipboard enhancements extended from bow-to-stern, some of the more notable renovations in the public spaces were the specialty restaurants.

The ship’s flagship restaurant received a stunning new look with grand crystal chandeliers, rich wooden accents and celestial blue furnishings. The restaurant features a new menu that offers a high level of customization that essentially makes it the largest specialty restaurant at sea.

Chartreuse, a modern French restaurant, has made its debut as part of the ship’s refurbishment. The restaurant, already a guest favorite on Seven Seas Explorer, features new furnishings, china, flooring and décor elements, along with a menu that features specialties such as roasted rack of lamb with rosemary persillade and poached lobster and scallop ballotine.

The outdoor eating area offers a new infrared barbeque grill, so chefs can prepare savory bbq specialties such as steaks, chops, lamb and salmon on the open deck.

The marquee lounge features a beautiful new design that was inspired by a modern interpretation of a French cabaret.  Large champagne-colored chandeliers that cascade down over loveseats along a wall of oversized windows provide guests with the perfect setting to enjoy the nightly live musical entertainment.

Lights, Camera, Music!: This tribute to Hollywood musicals showcases cinematic classics songs from the past three-quarters of a century.

Broadway in Concert: The talented cast of Seven Seas Voyager will take guests on a journey through Broadway past and present with songs from Guys and Dolls, Annie Get Your Gun, Cabaret, Les Miserable and many more.

Vegas The Show:  This show recreates some of the greatest moments in the history of Sin City, and the exciting entertainers who have made Vegas one of the entertainment capitals of the world.

Dancin’ Fool: Guests will enjoy an evening of music and dance led by the Seven Seas Voyager cast that ranges from jive, salsa, quick step, disco and Broadway-style Fosse.