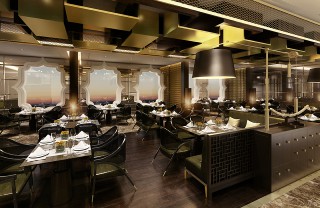 Designed by leading architectural firm RTKL, Pacific Rim will feature a Zen-like ambiance. Guests will be greeted by a modern interpretation of a Tibetan prayer wheel in the restaurant lobby. The large cylindrical sculpture spans from floor to ceiling with decorative panels embossed with wishes for good fortune. The prayer wheel gives way to a dramatic entry flanked by doors reminiscent of an Asian temple. 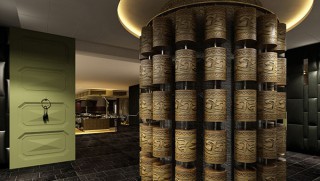 Seven Seas Explorer will sail its maiden voyage in July 2016. The ship will spend its inaugural season in the Mediterranean before making its North American debut in Miami in December. Contact us if you’d like to sail on one of the Explorer’s inaugural season itineraries.