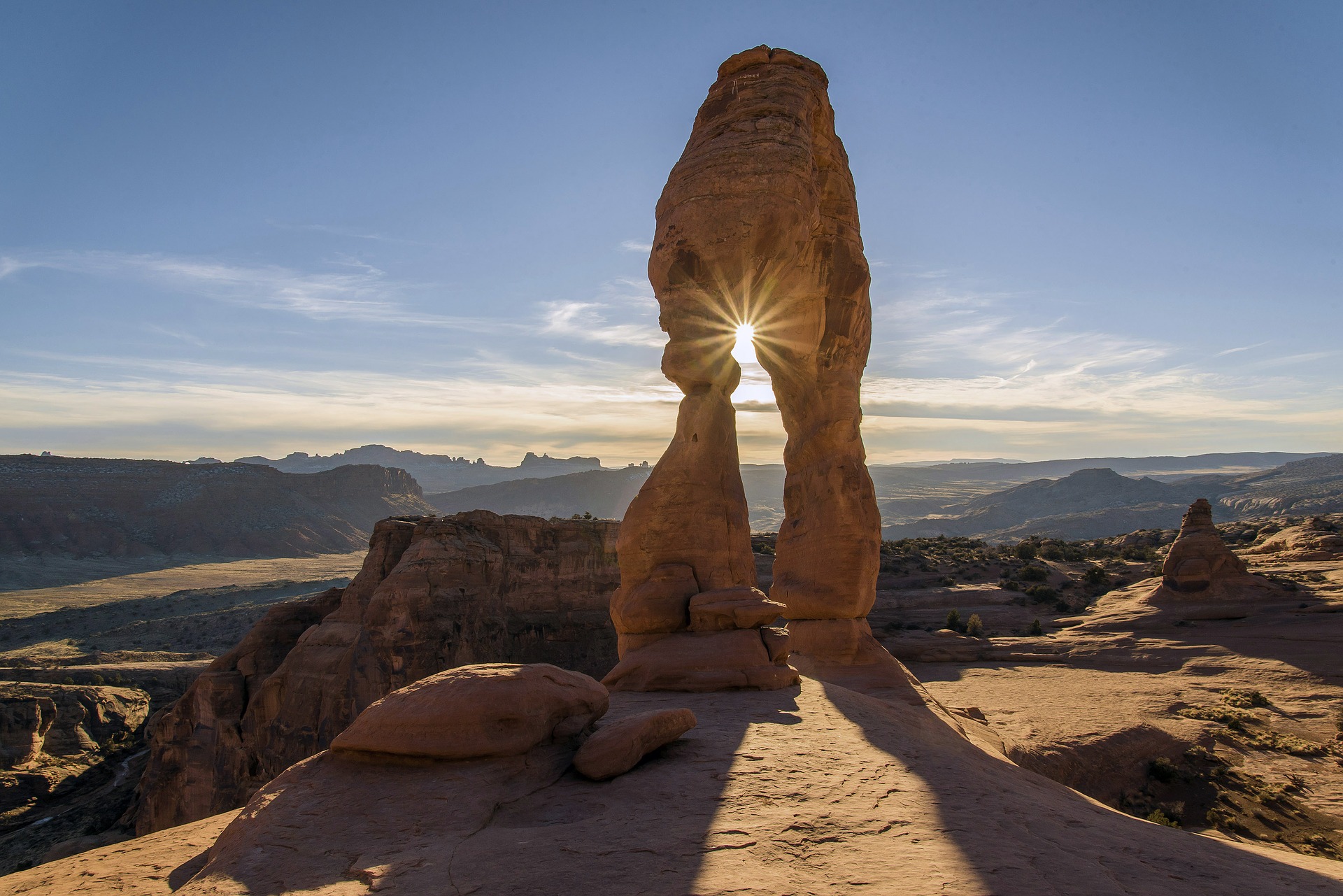 Tailor Made Utah: The Mighty Five

On this Abercrombie & Kent Tailor Made Private Journey to Utah, you will experience an in-depth view of some of North America’s most striking and beautiful landscapes on an adventure-packed outdoor odyssey through five of Utah’s most famous national parks. You’ll explore by four-wheel-drive vehicle, on horseback and by river raft.

Travel with your private party, departing when you choose and with expert local guides leading the way; you can even customize the itinerary to your interests.

Abercrombie & Kent is an undisputed leader in luxury travel and offers a collection of private small group travel experiences.

Peace of Mind Travel: This Tailor Made Private Journey provides the famous Abercrombie & Kent insider access in the safety of your private group of family and friends. All aspects of these journeys will incorporate current health and safety protocols as well as local health regulations. 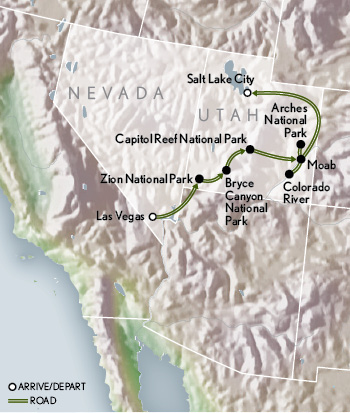 Arrive in Las Vegas and meet your private driver-guide who transfers you to your accommodations, located just minutes outside of Zion National Park.

DAY 2: Zion National Park | The Three Patriarchs and Beyond

Zion National Park, located in the southwest corner of Utah, is a natural preserve with spectacular and diverse geological features, including mountains, canyons, buttes, mesas, monoliths, rivers and natural arches. Experience this amazing place on a privately guided tour through the park.

Depart Zion and transfer to Bryce Canyon National Park, home to some of the southwest United States’ greatest geological treasures, including a forest of rock pinnacles called hoodoos that have been intricately carved by countless centuries of wind and rain. Begin your exploration with a private hike, pausing for a picnic lunch among a grove of 2,000-year-old bristlecone pine trees, and continuing to the best viewpoints the park has to offer.

Located outside of Moab, Utah, Capitol Reef National Park is famous for its great white domes of Navajo sandstone that characterize the park along with a natural bridge high above the Fremont River. Explore the park on a guided scenic hike.

After an early breakfast, depart with your private driver guide for the journey to Moab. Stop along the way and explore Goblin Valley State Park. The park features thousands of hoodoos, referred to locally as goblins, which are formations of mushroom-shaped rock pinnacles. It’s also been the filming location for several major movies, depicting other worldly locations.

Explore two parks in one day as a knowledgeable guide shows you areas of Arches and Canyonlands National Parks seldom seen by other visitors. Learn how these otherworldly rock formations, such as the 60-foot-tall, freestanding Delicate Arch came to be, as well as about the people who inhabited this area over 1,000 years ago. Discover the natural marvels hidden from the roads when you leave the trails to explore via 4×4 vehicle.

Join an experienced river guide for a private float trip down one of the most recognizable and iconic stretches of the Colorado River as you cut through majestic Cataract Canyon at the confluence of the Green and Colorado rivers.

Enjoy your morning on horseback or at your leisure before you transfer to Salt Lake City and check into your hotel. Spend the afternoon soaking up this inviting city’s ambience and exploring the nearby restaurants and shops.

Drive to the Salt Lake City Airport and depart on flight home.

Sorrel River Ranch Resort & Spa | Moah, Utah
This hotel boasts the AAA Four-Diamond designation and Condé Nast Johansens “Most Excellent Ranch in the US and Canada.”

Multiple departures are available in 2022. Prices are per person, double occupancy for the itinerary as published, and subject to availability. Pricing reflects A&K’s recommended months of travel of this itinerary. Supplements may apply over holiday periods, festivals and special events. Air not included.

About A&K Tailor Made Journeys

Abercrombie & Kent’s Tailor Made Private Journeys allow you to experience A&K’s hallmark blend of insider access and style in more than 100 countries around the world, on an itinerary uniquely created for you and your family or friends. From arrival to departure, every detail is anticipated and every effort made to ensure a seamless, unforgettable travel experience.

Hand-picked, English-speaking A&K local guides join you at each step on your Luxury Tailor Made Journey, bringing your destination to life through authentic, beyond-the-guidebook knowledge.

We work closely with you and in conjunction with A&K to create a made-to-order journey of a lifetime, optimized to make sure you get the most out of every moment.

Contact us for more information about travel with Abercrombie & Kent.