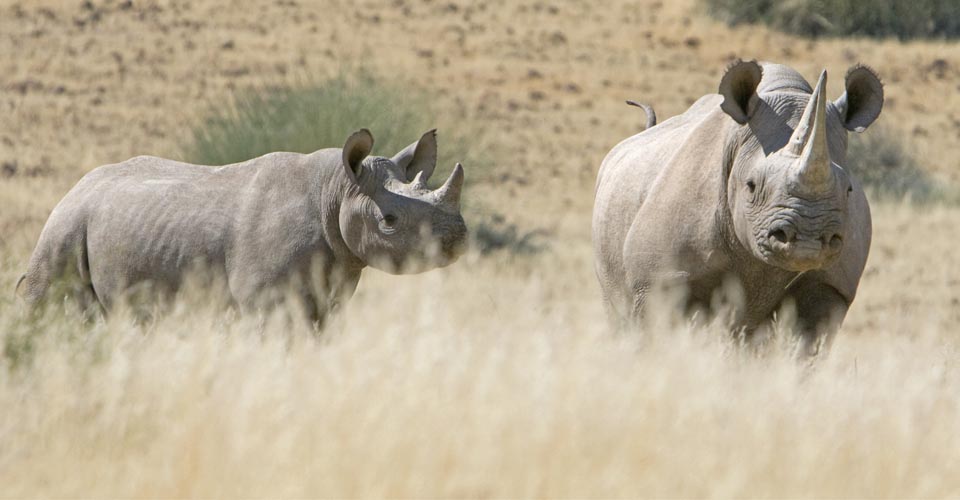 A symbol of the fragility of our natural world, the rhinoceros is simultaneously a beacon of hope amid the growing threats to Africa’s endangered wildlife. Among the various species and subspecies of rhinos in the world, the desert-adapted black rhino is one of the most rare and intriguing.

Surviving in one of the harshest environments on Earth, the Namib Desert, it thrives here in its severe habitat. Despite its isolation, threats to the desert rhino persist throughout its range, and World Wildlife Fund (WWF) is taking crucial measures to protect it.

“Namibia: In Search of the Desert Rhino” is a 10 day safari offered by Natural Habitat Adventures, with exclusive opportunities to track the rare desert rhino in the company of local researchers and experts from WWF.

Day 1: Windhoek, Namibia
The desert rhino adventure kicks off with a presentation by a WWF staff member involved with Namibia’s rhino conservation efforts. Healthy populations of black rhino, lion, cheetah, zebra and other native wildlife are being restored to Namibia’s arid landscapes, while ecotourism generates sustainable income for their communities. 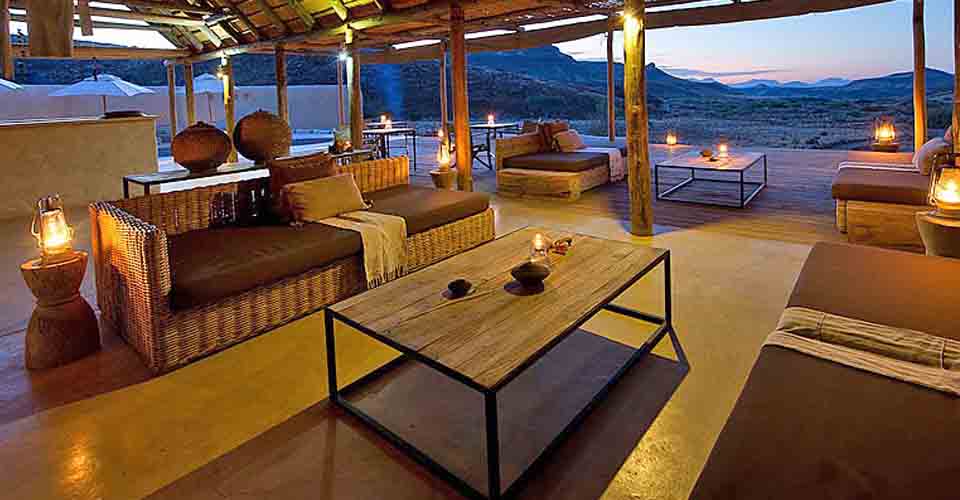 Damaraland is one of the driest, most desolate, yet strikingly beautiful regions in Africa, defined by dramatic hills interspersed with sweeping valleys and ephemeral rivers. Despite its aridity, a surprising diversity of wildlife is found here, including the desert-adapted elephant.

Days 4-6: Desert Rhino Camp
Desert Rhino Camp, lies in the heart of the private million-acre Palmwag Concession in far-northwest Namibia. This desert reserve has several freshwater springs that support healthy populations of wildlife including the camp’s namesake and the rare desert-adapted black rhino.

Namibia’s desert-adapted black rhino represents the only rhino worldwide that has survived on communal land with no formal conservation status. They are also the largest free-ranging black rhino population anywhere in the world.

Stay on the private 66,000 acre Ongava Game Reserve adjacent to the park for an exclusive experience far from visitors.

This remote camp, isolated in the wilderness, is nestled among acacia trees with a waterhole directly in front of the main area, where animals come to quench their thirst. Track both black and white rhinoceros on foot, look for elephant, giraffe, springbok, and the diminutive dik-dik on 4×4 drives. Lion, leopard, and cheetah also flourish here.

Fly to the international airport in Windhoek to connect with departing flights or onward extensions. 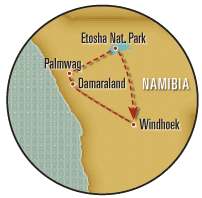 The Namibia safari is offered two times in 2015 and 2016, in September and October of each year. Each safari tour group is limited to 12 travelers.