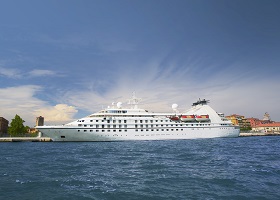 Star Breeze and Star Legend, the newest yachts to the Windstar fleet, will premier with celebratory inaugural voyages in May 2015. They will spend their inaugural seasons in Europe on new itineraries to Northern Europe, including Iceland, as well as the Mediterranean.

Purchased from Seabourn, the yachts will be completely refurbished before being rechristened. According to Hans Birkholz, CEO of Windstar Cruises, the ships “will receive significant style changes and stem-to-stern upgrades to align with Windstar’s yacht-style cruising.”

The 440 feet long yachts will accommodate 212 guests on six passenger decks. The ships will feature the line’s famous deck barbecue, the sail-away parties, and the open Bridge experience where guests are invited to tour the Bridge and meet the Captain.

The 4-day inaugural voyage of  the all-suite Star Breeze will sail from Nice to Rome on May 6, 2015.  Fares start at only $999 per person. Highlights include:

The 6-day inaugural voyage of the all-suite Star Legend will sail from Rome to Barcelona on May 25, 2015. Fares start at only $2199 per person. Highlights include:

Windstar Cruises is a leader in small ship luxury cruising and was recently ranked #3 on Travel+Leisure’s World’s Best Awards 2014. For information about Windstar Cruises or to make a reservation on the Star Breeze or Star Legend inaugural voyages, please contact us.  A savings of up to 58% is being offered on the inaugural voyages when you book a reservation by September 12.