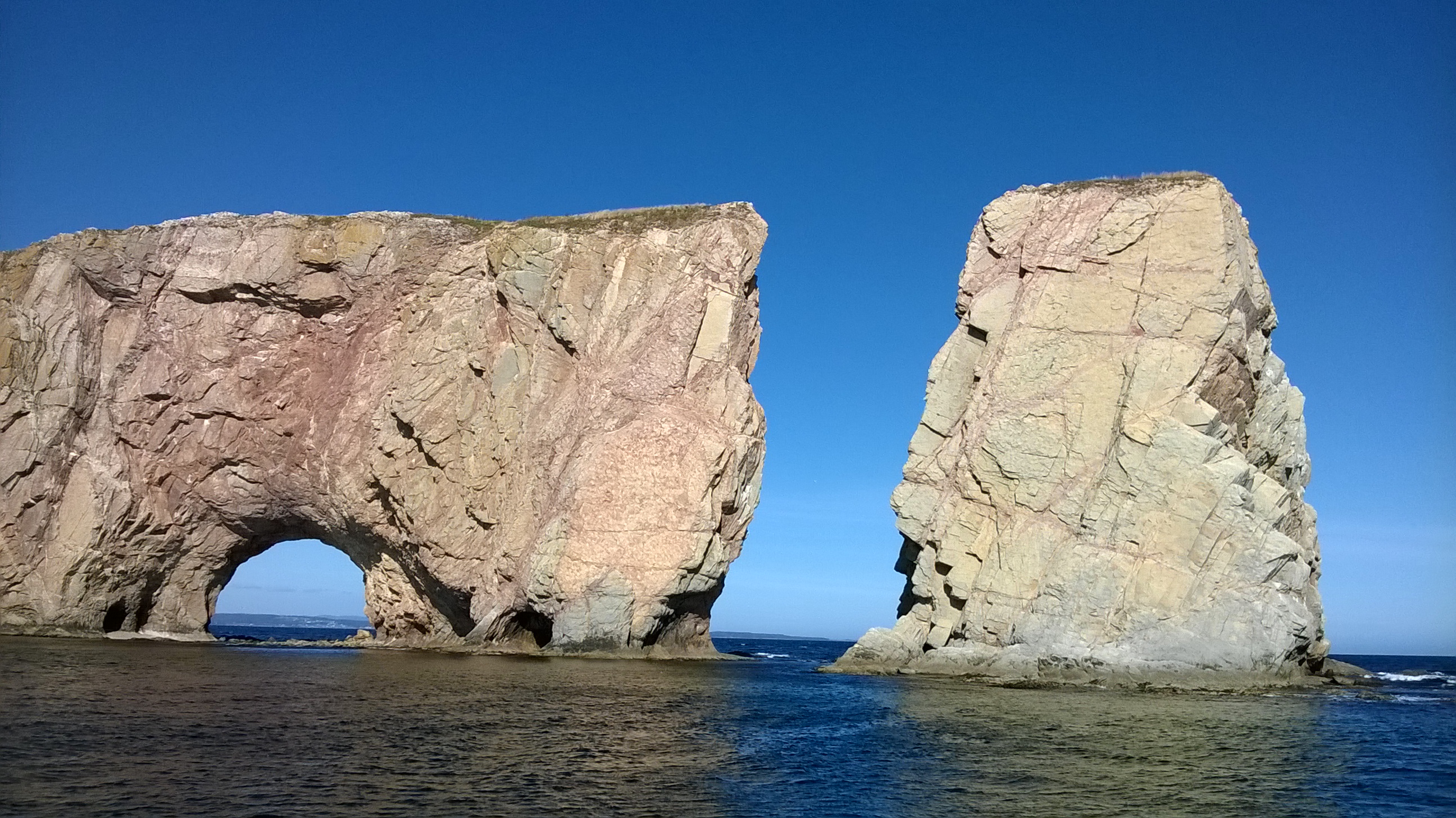 We’ve just returned to the Norwegian Dawn via the ship’s tenders after disembarking much too early this morning for a whale watching excursion.  After a 6:15 wakeup call, a quick shower and breakfast, we tendered ashore and were onboard a luxury coach for the 1 hour ride to Perce, a small fishing/tourist village to the south.  From here we’re onboard a whale watching boat and will spend about 3 hours in search of Humpbacks, Blues, Fin and the Minke.  Also found in Gaspe Bay are White-Sided Dolphins and the Harbour Porpoise.

Leaving from Perce, you’re right next to the very impressive Perce Rock, a massive shear rock formation a few hundred yards offshore and nearly 300 feet tall.  The rock is pierced with a  large hole or arch, one of the largest in the world.  Old images of the rock show two arches, one of which collapsed in the mid 1800’s leaving a standing stone obelisk at the end of the formation. Our captain provides plenty of up-close camera access as we depart the Perce pier.

After only about 20 minutes our captain has spotted a blow, and quickly moves the boat into position for us to see a lone Humpback Whale.  Obviously there’s not much happening around the bay today, as we end up following this Humpback for the entire morning, watching what our guide Marco tells us is likely a feeding pattern and a few lazy tail flapping dives.  It’s not overly impressive, but better than not seeing anything at all.  After returning to the warmth of the ship around 2:30, we grab a buffet lunch and enjoy the afternoon sunshine around the open decks.

Tomorrow we’ll continue southwest further into the St. Lawrence River, taking a detour up the Saguenay River for our last en-route stop at La Baie.  More from there tomorrow… 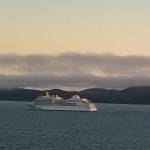 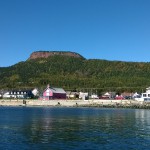 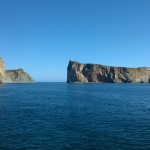 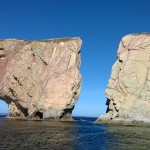