The pop of a cork being freed from a Krug Grande Cuvée magnum on Tuesday initiated a laser, which cut the ceremonial first piece of steel for Regent’s newest ship, the Seven Seas Explorer®.

Billed as The Most Luxurious Ship Ever Built™ by Regent, construction will take place at the Fincantieri shipyard in Genoa, Italy. 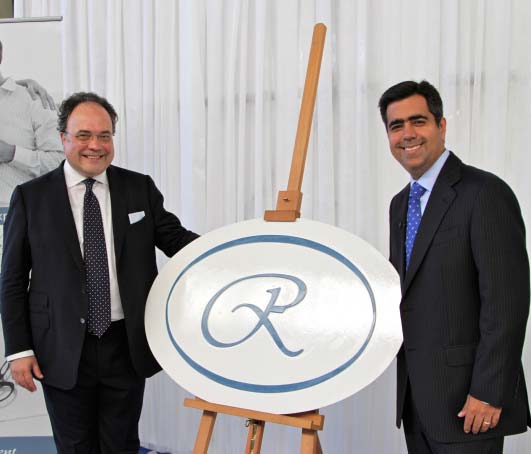 “We’re one step closer to fulfilling our dream of building the most luxurious ship in the world and giving our guests another exciting option to explore inspired global destinations with our special brand of all-inclusive luxury,” said Kunal S. Kamlani, president of Regent Seven Seas.

At 54,000 gross-registered tons and carrying only 750-guests, Seven Seas Explorer will boast the highest space ratios and staff-to-guest ratios in the cruise industry, as well as an opulent one-of-a-kind owner’s suite unlike any other at sea.

When it debuts, Kamlani believes that “Seven Seas Explorer will surpass the current standard in luxury cruising, offering a new level of grandeur throughout the ship from its lavish suites to its elegant public spaces and gourmet restaurants.”

We will begin taking reservations for the maiden voyage inaugural season in early 2015. Please contact us if you’d like to reserve your spot or for the latest information on the Seven Seas Explorer.