Celebrity Edge Launches and Heads to Her New Home 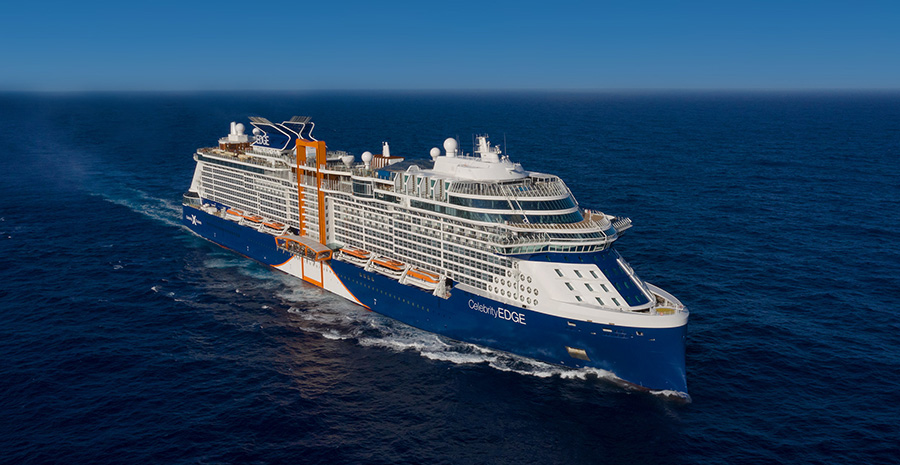 Following more than four years of planning and 23 months of construction Celebrity Cruises has officially taken delivery of their newest, and most innovative ship, Celebrity Edge.

Celebrity’s executive team was also in attendance, along with shipyard officials, including General Manager Laurent Castaing, and 1,377 crew members from 72 different countries.

Celebrity Edge set sail from the shipyard in France on November 4 and is traveling the 4,000 mile journey to her new home, Terminal 25 (T25), located at Port Everglades in Hollywood, Florida. Slated for arrival on November 19, 2018, the groundbreaking new ship is making her first transatlantic voyage.

Celebrity Edge will spend her inaugural season (beginning in December 2018) sailing alternating seven-night eastern and western Caribbean itineraries. In the spring of 2019, she will cross the Atlantic again to the Mediterranean, where she will sail a range of seven- to 11-night itineraries from iconic cities like Barcelona and Rome.

Celebrity Edge will be joined by its sister ship, Celebrity Apex, in 2020, and two additional ships in the Edge Series will follow in 2021 and 2022.