Celebrity Beyond will Sail Maiden Voyage in April 2022

Celebrity Beyond, the third ship in Celebrity Cruises’ Edge-class is scheduled to set sail on its maiden voyage in April 2022. Celebrity Beyond will be larger than its sister ships and will include Daniel Boulud’s first restaurant at sea and the brand’s first AquaClass Sky Suites.

Celebrity Beyond will be different in several ways from sister ships Celebrity Edge and Celebrity Apex, which was delivered in 2020 and will sail this summer in Greece. It will be both longer and taller than its predecessors, allowing for the redesign of many of its outdoor spaces and for 179 additional cabins. 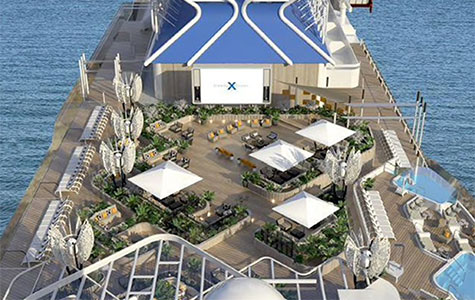 Celebrity Beyond’s main open deck will be 40% larger than other Edge-class ships, and the Rooftop Garden, which offers movie watching and live music, will have more seating and new private nooks. The outdoor Rooftop Grill restaurant will be larger and two new pools will cantilever six-and-a-half feet over the side of the ship. 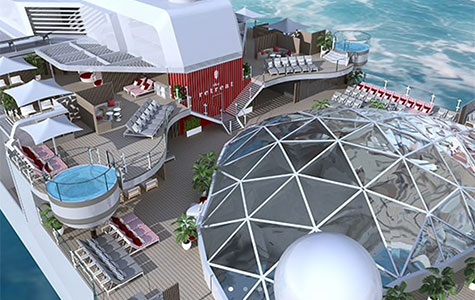 The Retreat, an exclusive area for suite guests, will have a new, two-story sundeck with secluded cabanas. The Retreat’s private restaurant, Luminae, has been moved to the front of the ship and been given a new look. 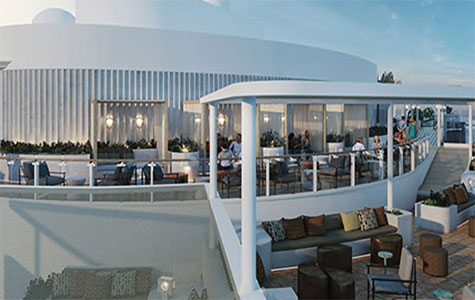 Celebrity Beyond’s aft-located Sunset Bar was redesigned by Nate Berkus into a space that is almost double in size than on the other Edge ships and has cascading terraces and “conversation niches and covered enclaves” to enable guests to gather more privately. 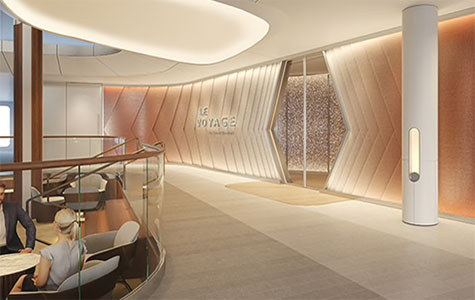 Celebrity Beyond will feature Daniel Boulud’s first restaurant at sea, the 50-seat La Voyage by Daniel Boulud, with a menu based on the region where the ship is sailing. Boulud said the restaurant would be “grounded in the DNA of my French roots; but at the same time, it’s going to be very adventurous.”

The new AquaClass Sky Suites will offer wellness amenities as part of the partnership with Gwyneth Paltrow and her lifestyle brand, Goop. All AquaClass guests across the fleet (excluding Galapagos sailings) will be treated to onboard wellness offerings, including fitness kits from Goop. Paltrow and Goop will also curate onboard wellness programming and participate in the line’s new Women in Wellness initiative. 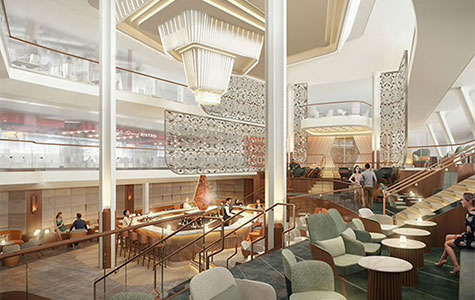 The ship’s Grand Plaza atrium has been redesigned and will span three decks, larger than on the other Edge ships. The Martini Bar has been moved to the center of the venue as a full, circular bar.

Celebrity Beyond is scheduled to depart on its maiden voyage on April 27, 2022, from Southampton, England, on a 10-night Western Europe cruise from Southampton to Barcelona. The ship will then offer a variety of Mediterranean cruises before heading to the Caribbean for its first winter season.