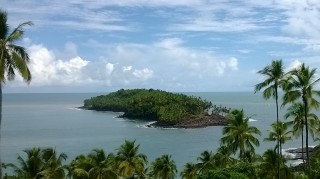 After joining the Crystal Symphony for a 12-day sailing from Barbados to Rio De Janeiro, we’ve arrived at our first port-of-call, Devil’s Island, French Guiana. This small group of islands was originally known as the Ile d Salut, or Islands of Salvation because they offered better health conditions than the tropical jungle and piranha infested waters of the mainland.

However, in 1852, the islands were made apart of the French penal system when they became known for some the most brutal and harshest conditions of any prison system in the world. Of the 80,000 inmates transported to Devil’s Island, only a very small number survived the disease infested and harsh conditions. Escape was said to be nearly impossible with the strong currents and shark infested waters around the islands. If a escapee did happen to make it to shore, the piranha in the Maroni River, or the jungle filled with army ant was sure to take them. The prison was featured in the book and later the movie Papillion.

Today the islands are open to tourism, however the strong currents still make tendering operations from cruise ships somewhat difficult and a bit uncomfortable. After leaving Devil’s island, we’ll have one more day at sea before arriving at the Amazon gateway city of Belem. More from there… 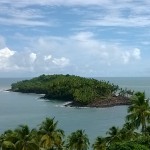 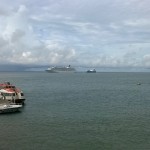 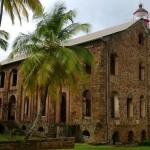 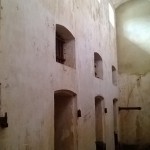 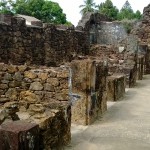 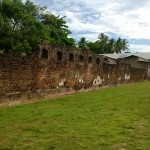