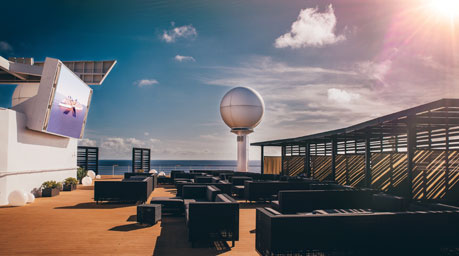 This month, the 2,138-guest Celebrity Millennium will emerge from a drydock with the same lineup of stunning enhancements that Celebrity Summit and Celebrity Infinity have received in recent months.

Guests sailing on Celebrity Millennium in Alaska this summer will be among the first to enjoy her new spaces and experiences.

The new Rooftop Terrace, complete with its large screen, chaise lounges, cabanas, soundscape and decorative lighting, provides a backdrop for Celebrity’s new multisensory experience, “A Taste of Film,” which presents films that evoke a specific cultural, culinary or destination experience. Paired with cuisine, the scenes on the screen come to life through guests’ taste buds.

The cruise brand’s culinary team, led by Michelin-starred chef Cornelius Gallagher, has specially crafted a multi-course tasting menu for each “A Taste of Film” selection. The Rooftop Terrace is on the ship’s 12th deck. 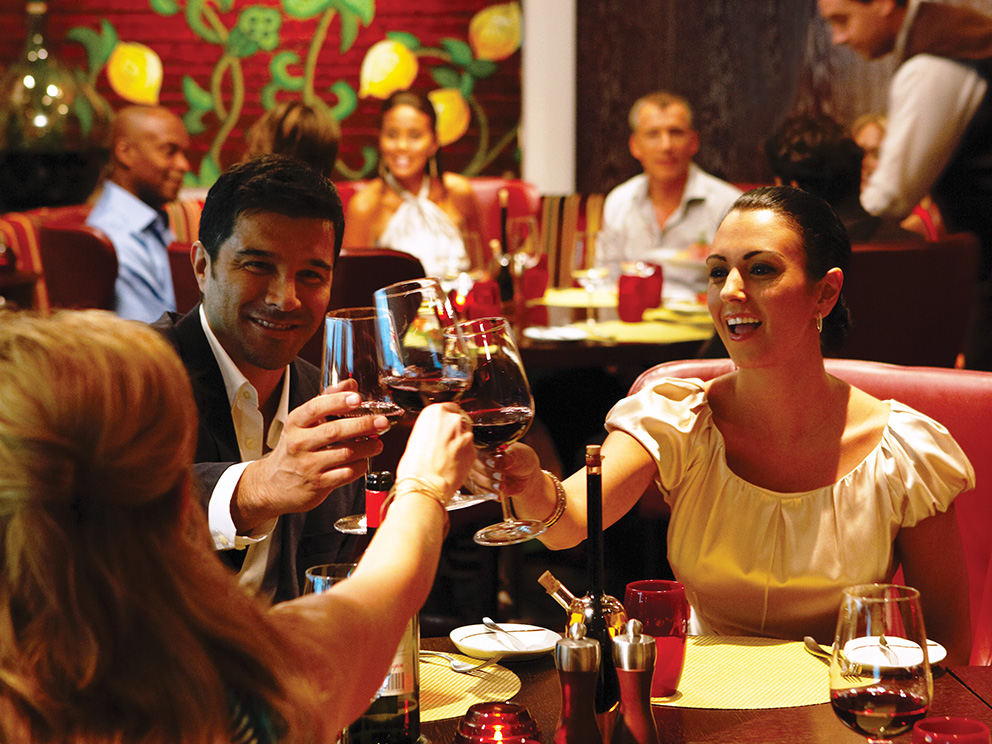 The Olympic restaurant was converted to Tuscan Grille, Celebrity’s popular, Italian-inspired steakhouse that debuted on its Solstice Class ships.

It will feature a complete refinishing of the space and the introduction of a refreshed menu, including fresh pasta made in-house; an Italian cocktail menu, a first for Tuscan Grille; and a wine list focused on the wine-growing regions of Italy.

New foods like artisanal salumi and cheeses; crispy crab arancini with lemon pepper aioli; grilled branzino with spinach and olive oil; swordfish with Castelvetrano olives, fennel, and white wine will be featured on the menu.

Celebrity Millennium entered drydock on April 26, 2016 and emerged on May 12, 2016. This summer, she will sail a series of itineraries between Vancouver, British Columbia, and Seward, Alaska, before heading to Asia in September for her winter season there.